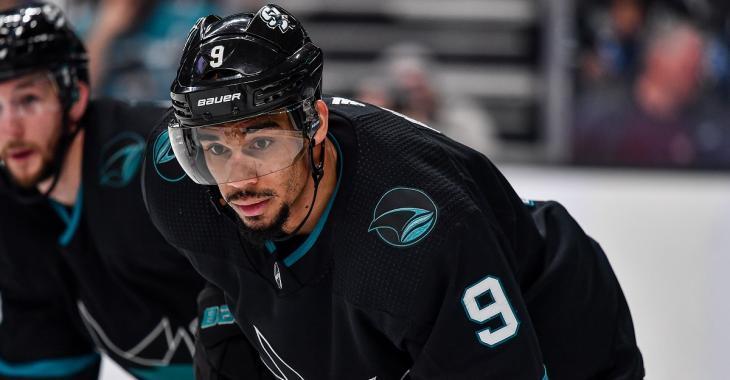 On Saturday Anna Kane, the wife of National Hockey League star forward Evander Kane, dropped what can only be described as a number of bombshells on social media when she appeared to out Kane for match fixing in the NHL.

The accusations, and it is important to note that this is all they are at the time of this writing, have already sent shockwaves through the league and when you consider that this speaks directly to the competitive integrity of the sport it comes as no surprise whatsoever. This story is just breaking but unsurprisingly the NHL has already taken to social media and has released a public statement indicating that they intend to use every available resource to get to the bottom of this matter.

From the NHL's Department of Public Relations:

The League was made aware this evening of a post on social media alleging that San Jose Sharks Player Evander Kane bet on NHL games. The integrity of our game is paramount and the League takes these allegations very seriously. We intend to conduct a full investigation and will have no further comment at this time.

The San Jose Sharks, the team that currently has Kane under contract, have also released a statement on this matter following the accusations made by Kane's wife.

The San Jose Sharks have been in contact today with the NHL about the serious allegations made against Evander Kane.  We support a full and transparent investigation into the situation to maintain the integrity of the game and consistency with our team values.

Kane's financial problems have been well documented and it was revealed earlier this year that the Sharks forwards owed tens of millions of dollars in debt despite his career earnings in the NHL topping over $50 million. The debt is believed to have come primarily as a result of Kane's gambling addiction, but if he has indeed been doing what he is accused of it takes this situation to an entirely different level

I genuinely believe that this entire fiasco could cost him his career in the NHL and if that is indeed the case he could very well find himself hard pressed to repay the creditors that have been pursuing him over his debts.