NHL News : NHL referees get called out for huge mistake on first night of the season!

​Are you even surprised? 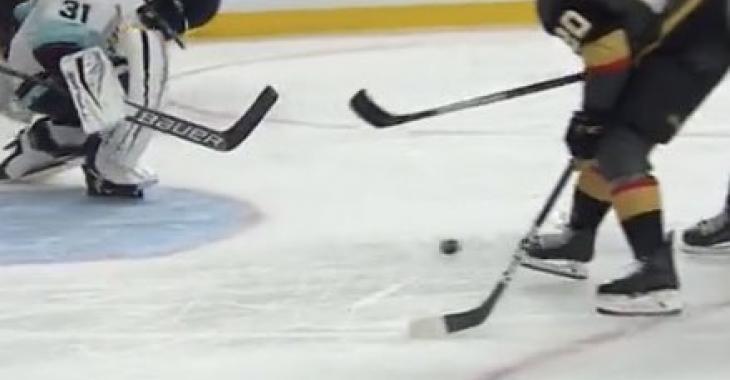 No - let’s tell it like it is: the officials spoiled the Kraken’s historic first game.

While the Golden Knights took an electric 2-0 lead in the first period, the Kraken rallied back hard from three goals down. They however lost 4-3 in the end, but their first defeat on record is still being debated Wednesday morning.

That’s because Chandler Stephenson scored the go-ahead goal in the third period - with his skate. From many angles provided by the fans on social media, it is hard to say there is no kicking motion, though referees did review the play only to allow the goal. Check it out:

It didn’t take long for fans and pundits to call out the officiating of the NHL, and this let us remind you on the second game of the 2021-22 season.

Apparently, while a goal doesn’t count when it gets kicked in, this one has a special catch: it’s legal if the skate doesn’t leave the ice so in Stephenson’s case, it is said to be a good goal.

But the officiating controversy remains real and it didn’t take long for it to come back with a force in 2021-22.