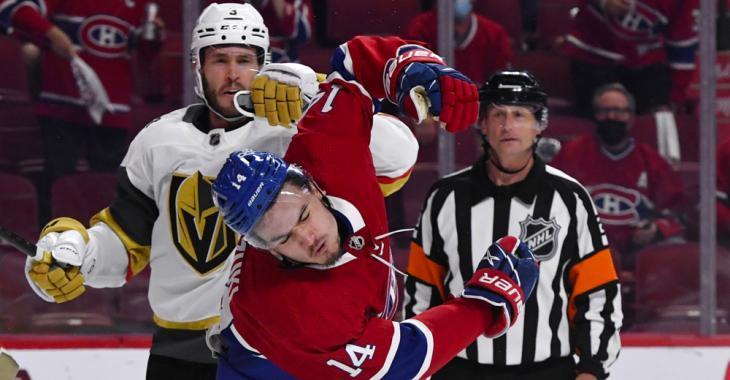 Officiating has been a hot button issue in the Stanley Cup Playoffs this year and today's bombshell report from Montreal Canadiens insider Renaud Lavoie has the potential to completely blow things up.

Lavoie reports that an anonymous NHL general manager told him that GMs were warned by the referees prior to the playoffs that they actively planned to change the way games are officiated.

"Before the playoffs, we were told: 'Don't you expect us to raise our arms when there are penalties, our job is to manage the game."

Um... what? Your job is to call the rulebook. That's it. Manage the game if things are getting out of hand, but if you ref the game properly there should be nothing to manage.

The fact of the matter is that we have this same debate every post-season. The refs let everything go in the name of "playoff style hockey" and then fans go bonkers when their favorite team has a non-call work against them. Today's report from Lavoie only confirms what we've all known for years: That NHL refs don't call the game honestly.

At this point the NHL needs to admit that they have a problem and they need to address it immediately. They don't need to do some big public service announcement, but the problem needs to be addressed internally through the referees union and there needs to be some accountability amongst its rank and file. Frankly though, I'm not holding my breath.

Obviously though, we've had no shortage of jaw dropping moments in the Canadiens series against the Vegas Golden Knights thanks to poor officiating. Habs fans have been up in arms over the fact that veteran referee Chris Lee continues to look the other way whenever Vegas commits an infraction. To be fair though, Lee has been inconsistent on both sides and I'd argue that he's missed just as many calls against the Habs as he has the Golden Knights. Still though... two wrongs don't make a right and it's clear to me that Lee's season should be over. The league evidently feels the same and has tasked veteran officials Kelly Sutherland and Eric Furlatt with reffing tonight's game.

Bruins’ McAvoy gets drilled out of the game, returns only to get hit again!
Subscibe to
Our NEWSLETTER
Receive the best articles of the web directly in your email