NHL News : NHL provides an update on the situation in Vancouver. 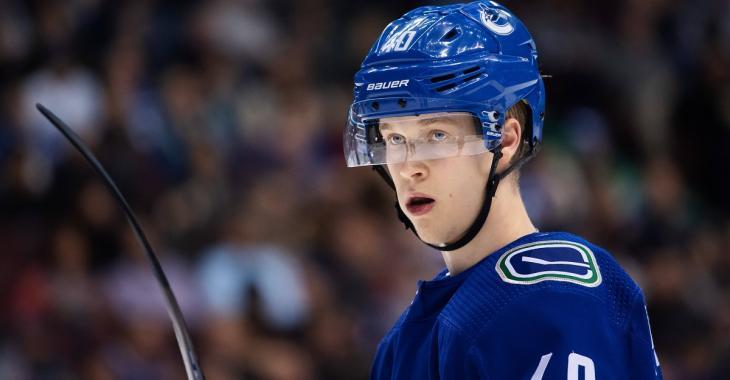 The Vancouver Canucks have been completely shut down as a result of the pandemic, and more specifically an outbreak of the virus in their locker room, but it sounds like they may finally be out of the woods.

Last week the Canucks were left reeling after the large majority of their roster tested positive for COVID-19, landing nearly the entire team on the National Hockey League's COVID-19 protocols list and effectively bringing their season to a grinding halt. There was talk that the season could even come to an end for the Canucks as a result of this outbreak, but thankfully we now know that will not be the case.

According to an official announcement from the National Hockey League, the Canucks will once again be able to return to their training facilities as early as tomorrow, Sunday April 11th. Now to be clear this is not a statement on which players have or have not been cleared from the NHL's COVID protocol list, but rather an acknowledgement that the facilities will once again be open, presumably for players that have either since tested negative or never tested positive in the first place.

Although the facilities will open on Sunday the Canucks will have to wait a little longer before they play an actual game. According to the league's press release the Canucks will resume their season this coming Friday where they will take on the Edmonton Oilers. Although it's probably not a big deal and although there will no doubt be tons of testing leading into that game, I wonder how the Oilers feel about being the first team back on the Canucks schedule, especially considering they appear destined to make the playoffs.

The Canucks appear to now be in the clear but unfortunately this long layoff will have significant repercussions moving forward, both for them and for the other team's in Canada's North Division. A whopping 8 games have had to be rescheduled, many of which were against playoff bound teams, with the NHL now announcing that it expects the regular season to run through May 16th for the Canucks.

No doubt the league will provide more updates as we get closer to an official return to play for the Canucks.

Here is the full list of games that have been rescheduled as per the NHL:

Pettersson discloses his injury, talks about contract negotiations and potentially “playing elsewhere”
Subscibe to
Our NEWSLETTER
Receive the best articles of the web directly in your email