NHL News : NHL prospect comes out as a gay man.

A brave move from such a young man. 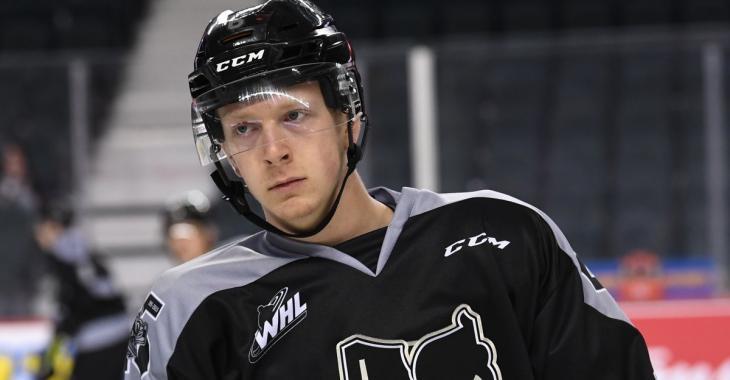 A young National Hockey League hopeful has just taken a very brave step, one that no one before him has been willing to take.

In a move that could lead to him becoming the first openly gay man to ever play in the National Hockey League, Nashville Predators prospect Luke Prokop has outed himself as a gay man. The 19 year old made the move on Monday with a lengthy post on Instagram that we will share with you here. In the post Luke explained that he felt coming out this way and being his true self would actually help improve his quality of life and perhaps could even serve to improve his performance out on the ice moving forward.

It was the latest step in a long journey for Luke who had, prior to this announcement, slowly begun coming out to family and friends over the past year and a half or so. Thankfully for the young man both the National Hockey League and the Nashville Predators have thus far been very supportive of his decision with NHL commissioner Gary Bettman releasing a statement on Monday morning in support of Prokop despite the fact that he has yet to play a single game in the league.

“On behalf of the National Hockey League, we are proud of Luke Prokop for today’s announcement and I would like to thank him for sharing his truth and for being so brave.

“I share his hope that these announcements can become more common in the hockey community. LGBTQ players, coaches, and staff can only perform at their absolute best if they live their lives as their full and true selves. We do not take the meaning and importance of this announcement lighty.

“We pledge to do everything possible to ensure that Luke’s experience is a welcoming and affirmative one and continue to work to ensure that any current or future NHL Player contemplating following in his trailblazing footsteps knows our League is ready to provide full support.”

I can't stress enough what a brave move this is for a 19 year old to make, especially in a sport where no one has been willing to come forward in this manner before. There have of course been gay men who played in the NHL in the past, but none that have done so while being openly gay during their playing careers. No doubt this will serve to make similar moves in the future considerably easier for other young men in Luke's position, and if nothing else his decision today is admirable for that reason alone.

Luke has thus far played out his professional career with the Calgary Hitmen of the Western Hockey League, he was selected in the third round (73rd overall) of the 2020 NHL Entry Draft by the Nashville Predators.

Mike Babcock breaks his silence, explains his version of the incident with Mitch Marner
Subscibe to
Our NEWSLETTER
Receive the best articles of the web directly in your email