Weber disciplined for his actions. 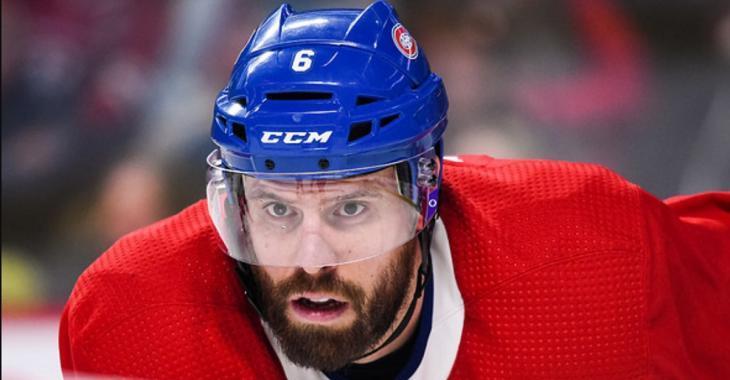 Montreal Canadiens defenseman Shea Weber will be a little lighter in the wallet than expected on Sunday.

The National Hockey League's Department of Player Safety has issued a $5,000 fine to Weber following an incident that occurred in Game 2 of the Canadiens first round series against the Toronto Maple Leafs in the 2021 Stanley Cup Playoffs. The fine, which is the maximum allowable amount under the terms of the Collective Bargaining Agreement, was issued to Weber following a cross check delivered to veteran Maple Leafs forward Wayne Simmonds.

Although the league did not provide a video to accompany the announcement of the fine, which is standard practice, I suspect that the fine is specifically related to an incident that occurred roughly midway through the game's second period. As we know the league has been cracking down in a major way on blows to the head in recent years and it was during the second period that Weber could be seen delivering a cross check to the head of Simmonds in front of the net.

As you can see in the replay below, Weber catches Simmonds right in the back of the head.

I suspect that fans in Montreal aren't going to be very happy with this fine given that there was plenty of back and forth involving both Simmonds and Weber during Game 2 of this series. That frustration will no doubt only be amplified by the fact that the Canadiens were hit with a large number of penalties during Game 2, something that Canadiens head coach Dominique Ducharme admitted he was surprised by when asked about the officiating following the game.

That being said I think you would be hard pressed to argue that there is any bias here on the part of the NHL's Department of Player Safety. The reality is that the league and it's Player Safety branch have long been viewed as incredibly inconsistent when it comes to the suspensions and fines that they hand out across the league, and I suspect that this is far more likely to be the cause of how they opted to dole out punishment for Game 2 of this series.