NHL News : NHL participation at the Olympics back in jeopardy 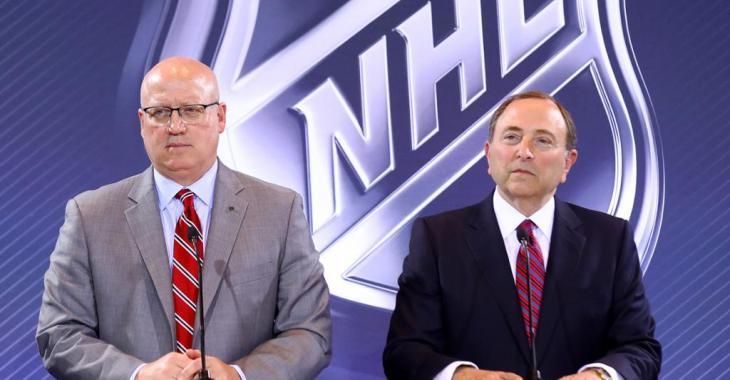 Last summer, the National Hockey League confirmed that the players would return to the Olympics in 2022 and 2026.

The NHL did not send players to the 2018 PyeongChang Olympics after participating in five straight Olympics from 1998-2014, with 706 NHL players attending, an average of 141 per season. NHL commissioner Gary Bettman said the majority of its teams were opposed to Olympic participation when the League announced its decision not to participate in 2018.

We all remember how players were frustrated over this decision and were thrilled to find out a participation in 2022 was now possible. However, Frank Seravalli revealed on last night’s edition of Insider Trading on TSN why the NHL has yet to make a call on participation in the 2022 Beijing Olympics.

“The NHL, the NHLPA and the IIHF are putting a little bit of heat on the International Olympic Committee. They’ve set a late May deadline to get an answer from the IOC on things like a financial commitment for the 2022 Olympics because they need to set their schedule. The NHL schedule for next season is usually announced in June and they need to know whether they’re going to have a three-week break for the NHL players to go to the Olympics. But the problem is this isn’t exactly priority No. 1 for the IOC at the moment. They’re trying to get this summer’s Olympics in Tokyo off the ground before they can then handle what’s left with the NHL, so, at this point though, all indications are – because I think a lot of people are curious – that the NHL and the NHLPA are working in lockstep in order to try and get this done.”

There have been talks that the 2021-22 season could be pushed back and so  a three-week break for the NHL players to go to the Olympics would certainly make things more complicated.

However, players are expecting to take part in this international event and we bet their frustration would be at a all time high is the decision gets reversed.

Let’s see where this goes…

Troubling update on Frederik Andersen from Sheldon Keefe.
Subscibe to
Our NEWSLETTER
Receive the best articles of the web directly in your email