Did NHL Network not do their homework? 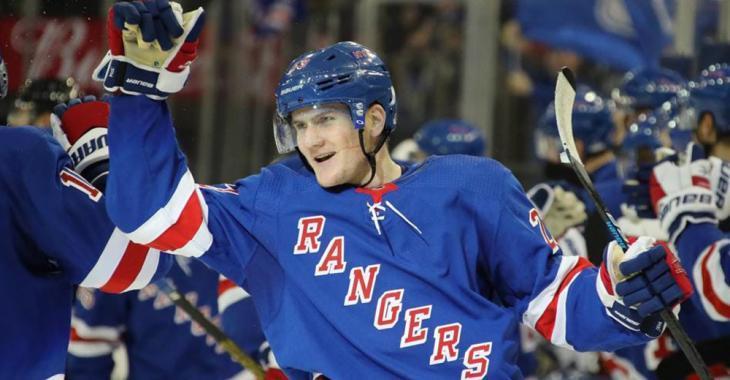 Well, this is one that will definitely have people everywhere scratching their heads.

NHL Network recently released their list of potential "breakout players" for the upcoming 2021-22 NHL Season, and one name on their list drew immediate criticism. Not because the player in question wasn't on the verge of a breakout year, but because he had literally just been declared the NHL's best defenseman from last season.

Adam Fox, the reigning 2021 Norris Trophy winner, was included in the erroneous list:

I mean, sure - Fox could have a breakout season if he were to repeat as the Norris winner, and maybe even add the Hart Trophy and Art Ross on top of it as well.

And immediately, there was understandable backlash on social media:

Fox recorded 47 points (five goals, 42 assists) while also posting a +19 rating during last season, and beat out Cale Makar and Victor Hedman for the annual award.

"I think people knew I could be an offensive player, but I wanted to have a little more defensive responsibility," Fox said. "Obviously [I] got trusted this year with killing penalties and being out there in defensive situations a little bit more, I think it just helped me. I think I just tried to play well game in and game out and help the team win. I think when you do that, personal success comes from that.

"I think the next step is team success. Being a Ranger is one of the best organizations in the League. We've got a lot of young pieces, and I think just having team success will benefit me and benefit everyone. That's the next step."

Lightning is once again busting the salary cap!
Subscibe to
Our NEWSLETTER
Receive the best articles of the web directly in your email