Not looking good for fans of international hockey. 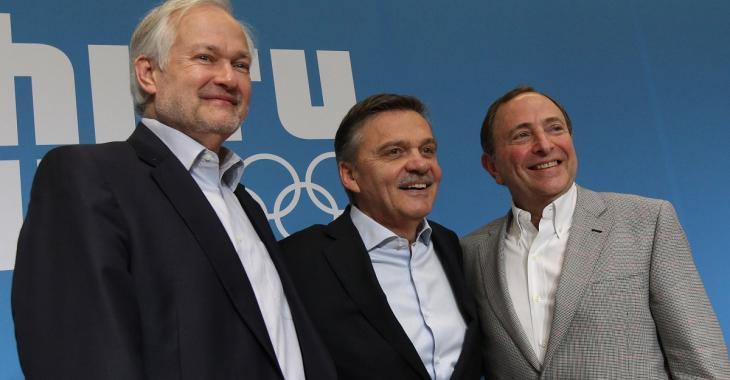 The relationship between the National Hockey League and the International Olympic Committee has been a fractured one in recent years, and that may be putting it mildly, and it would seem that this dysfunctional relationship may once again lead to a major disappointment for long time fans of international hockey.

On Monday NHL insider John Shannon reported that the league would be sending a draft of their new schedule out to all of their partner teams at some point this week, and that there would in fact be two drafts. I'm sure based on the title of this article you can all guess why the league is sending out two different drafts to their partner teams and if you guessed because one does not include participation in the Beijing Winter Olympic Games, then you guessed correctly.

The league has of course refused to allow their players to participate in the Winter Olympic Games in the past and to put it bluntly I don't blame the NHL and the team owners one bit. Not only have they repeatedly been expected to give away their players, who in some cases are under contract for millions and millions of dollars, for absolutely nothing in return but they have also been expected to shoulder the monumental cost of insuring those players overseas while they put their own season in North America on hold.

Recently there seemed to have been some progress made in terms of the IOC shouldering the cost of that insurance, however after the financial losses both parties have incurred as a result of the current pandemic talks between the two sides seem to have stalled completely. This could mean that, despite China being a market the NHL would desperately want to penetrate, we will once again see NHL players banned from participation in the 2022 Winter Olympic Games in Beijing.

There was one more interesting thing to note from Shannon's report on Monday. He believes that the plan is to kick start the 2021 - 2022 regular season on the 12th of October, which means that we could be in for a relatively short offseason this time around. Although I suspect that the bad news regarding Olympic participation will overshadow this little detail, I would consider this a bit of good news for hockey fans.

Matthews comes to the defense of Marner, refuses to see him get traded!