CJ is one of the best in the biz! 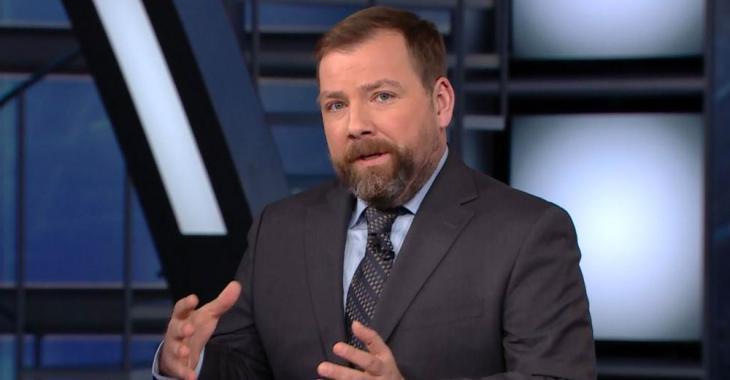 Longtime Sportsnet NHL insider Chris Johnston announced yesterday on his official Twitter account that he has accepted a new position with the Toronto Sun and will be leaving Sportsnet and Hockey Night in Canada.

Johnston has been with Sportsnet for the past five years and was a mainstay on Hockey Night in Canada broadcasts. He and Sportsnet reporter Elliotte Friedman are considered two of the best in the business and there's no doubt that Sportsnet will look to fill the giant void left by Johnston before hitting the airwaves next month.

Johnston's writing will appear in the Toronto Star and his reporting will be covered by Nordstar Gaming, a gambling upstart. If that seems odd to you... you're not alone. Sportsnet and its parent corporation Rogers are one of the largest corporations in Canada, so why is Johnston leaving them for an upstart company?

More from the official press release announcement of Johnston's hiring:

Johnston will be taking a leadership role covering the Toronto Maple Leafs and the National Hockey League at large for the new gaming company's sports betting business. Chris' work will also be syndicated to other publications, including the Toronto Star.

"I can't tell you how delighted we are that Chris has agreed to join our group," said John Boynton, Vice-Chair of Nordstar. "No one covering hockey today has his finger more on the pulse and heartbeat of hockey, from the drafty junior arenas up through the ranks of the major player agents, the Maple Leafs, and other NHL team front offices and right up to and including the league headquarters itself."

"I've watched and read Chris for many years. His encyclopedic hockey knowledge, sharp analysis, reporting skills, and an impressive network of contacts throughout the game will give us a huge edge in coverage of the Maple Leafs and NHL overall in the future," said Paul Rivett, co-owner of NordStar.

NordStar's new Gaming company will offer unique gaming experiences that will create new jobs, offer growth for the Ontario economy, and generate new tax revenue to help Ontario communities. NordStar believes a Canadian, Ontario-based gaming brand will ensure that more of our local players' entertainment dollars stay in our province while operating at the highest level of responsible gaming standards.