​What a huge loss for Sportsnet and a great signing for TSN! 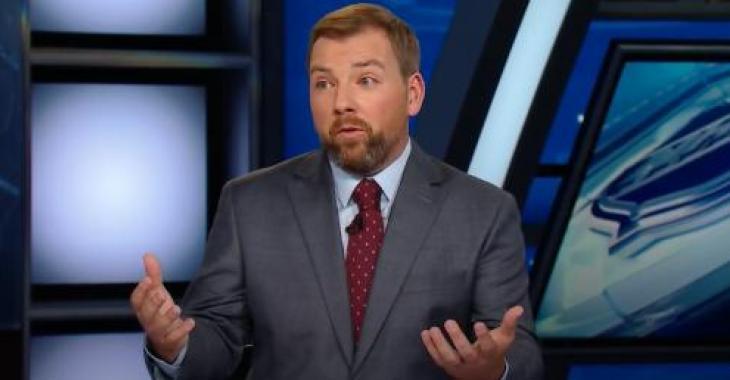 Earlier this month, longtime Sportsnet NHL insider Chris Johnston announced on his official Twitter account that he had accepted a new position with the Toronto Sun and will be leaving Sportsnet and Hockey Night in Canada.

Johnston had been with Sportsnet for the past five years and was a mainstay on Hockey Night in Canada broadcasts. He and Sportsnet reporter Elliotte Friedman are considered two of the best in the business and there’s no doubt that Sportsnet will look to fill the giant void left by Johnston before hitting the airwaves next month.

Since then,  Johnston’s writing appeared in the Toronto Star, but it was a matter of time for him to bring his inside reports on air. That’s right. Darren Dreger took to social media to announce that Johnston is now an insider for TSN. He will be joining TSN as an insider on Insider Trading, 7-Eleven That’s Hockey, Sports Center and TSN 1050.

That’s huge move by TSN, and what a loss by Sportsnet who has yet to replace him.

TSN therefore fills the void left by insider Frank Seravalli, who left the network back in May to become the main reporter for Daily Face-Off.

You have to wonder who Sportsnet will hire to make up for that big loss in Johnston, who will be a great addition to the TSN panel.

Concern over Evgeni Malkin grows after latest Penguins practice.
Subscibe to
Our NEWSLETTER
Receive the best articles of the web directly in your email