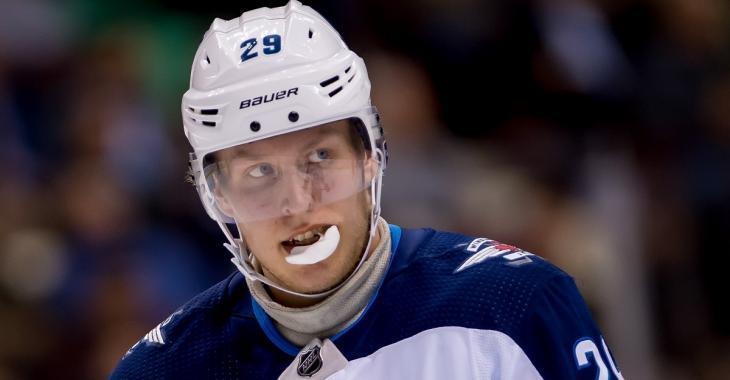 In spite of the fact that many believed the unique problems created by the pandemic would limit the number of trades we would see this season in the National Hockey League, there are already some pretty big rumors out there suggesting that we may actually see some blockbuster cross-border trades this season.

The latest rumor comes from NHL insider Frank Seravalli who recently laid out a bold prediction regarding the future of Winnipeg Jets forward Patrik Laine. Now predicting that Laine will be traded at some point is not all that bold, there have after all been rumors about the troubled relationship between the star forward and the Winnipeg Jets for years at this point, but Seravalli has gone a few steps further. The NHL insider believes that not only will Laine be traded, but that he will be traded in season and that one of two teams will be the recipients of his services.

The first potential destination laid out by Seravalli is that of the Columbus Blue Jackets. The Jackets and Jets have been linked as of late because both teams currently boast a disgruntled forward looking for a change of scenery, in the case of the Blue Jackets that forward is their #1 centerman Pierre Luc Dubois. Although there seems to be an obvious fit here, if the problems that Laine and Dubois have stem from playing on a smaller market team, then I don't see how the swap solves that problem. If that is not the case however, this trade seems like a great fit.

The second option, and the one I think is more likely to appeal to the Winnipeg Jets, is the possibility of a trade with the Carolina Hurricanes. The fact is that the Jets have lost a ton of talent on their blue line in recent years, with players like Jacob Trouba, Tyler Myers and of course Dustin Byfuglien all leaving at different times and for different reasons, and the Hurricanes have the assets that would allow the Jets to remedy that problem. Seravalli mentions both defenseman Brett Pesce and forward Vincent Trocheck as a potential return for Patrik Laine in a deal with the Hurricanes.

Would you pull the trigger on either deal if you were the Winnipeg Jets GM?

More players, including vulnerable Oskar Lindblom, added to protocol list
Subscibe to
Our NEWSLETTER
Receive the best articles of the web directly in your email