NHL News : NHL has lost its top referee, hopes to get him back for Cup final

​With all the controversy, you bet Wes McCauley is trending! 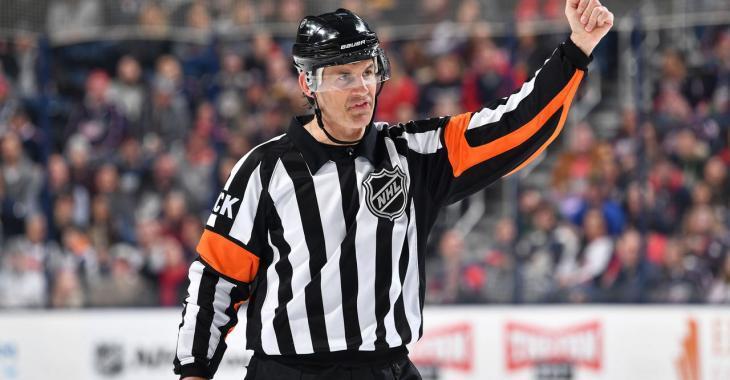 You know it: officiating has been a hot button issue in this series between the Montreal Canadiens and Vegas Golden Knights and the Habs and their fanbase have been absolutely giving it to the refs for unbalanced calls. Game 4 in particular had some bizarre non-calls against Vegas, to the point where Habs fans accused NHL referee Chris Lee of having it out for the team.

This prompted the league to potentially make the call to get NHL officials Kelly Sutherland and Eric Furlatt to work Game 5 tonight in Vegas, though we can’t say the report has pleased fans.

Most fans are hoping to see Wes McCauley on the ice for crucial games, especially when it comes to the Stanley Cup finals, however, Sportsnet’s Mark Spector has reported that  “the National Hockey League has lost its top referee, possibly for the rest of the 2021 playoffs.”

According to sources, McCauley is at home and will not return to work in He is not believed to be injured, and there is hope, however faint, that he could return to work games in the Stanley Cup Final. He last worked as the standby referee for Game 1 of the New York Islanders-Tampa Bay Lightning semifinal. We haven’t seen him in an NHL arena since. We cannot say why he hasn't worked in the past weeks.

As Spector points out, “the consensus “best referee in the NHL,” McCauley has been assigned to eight Stanley Cup Finals. He was one of eight referees named to work Round 3 of the playoffs by the NHL’s director of officiating, Stephen Walkom, who would not comment on the situation.”

We can only agree with Spector that, especially at this time with controversial calls and non-calls happening at this level in the postseason, it feels like we need an official like McCauley.

The NHL is still holding out hope that he can return for the Stanley Cup Final. And so are fans.