NHL News : NHL game in danger of being cancelled due to civil unrest in America.

More problems for the NHL. 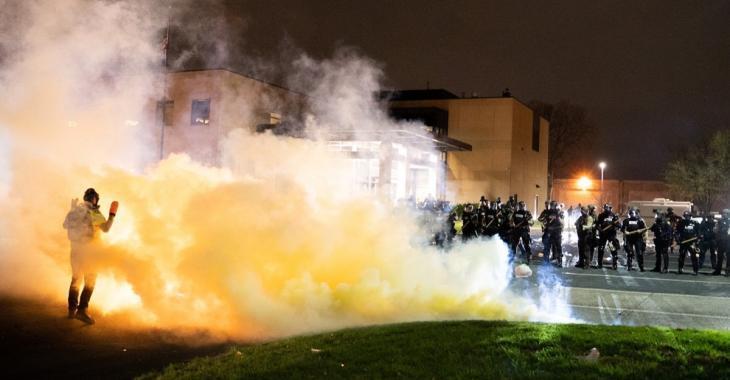 The National Hockey League simply can't catch a break this season and now it seems as though fate has once again conspired against them.

Minnesota Wild insider Mike Russo is reporting that today's game between the Minnesota Wild and the St. Louis Blues is now in danger of being cancelled as a result of civil unrest that is currently ongoing in the state of Minneapolis. On Sunday night a violent riot broke out in Brooklyn Center, a city in Hennepin County, Minnesota, following an officer involved shooting of a young man that was attempting to flee from police at the time he was shot.

Although there has been no official announcement on the part of the Wild as of yet, the Minnesota Twins of Major League Baseball issued a press release that confirmed they have in fact postponed at least one game that was originally scheduled to take place today. That game would have seen the Twins facing off against the Boston Red Sox, but it will now be rescheduled at a later date during the season.

For those curious, you can read the official statement from the Twins here:

Obviously neither Major League Baseball nor the National Hockey League are in any way connected to these events and it is truly unfortunate to see innocent people being harmed as a result of the actions of others. Hopefully for everyone involved in this matter it will be resolved quickly and peacefully, especially for the residents of Minneapolis who have endured so much recently with several violent riots in their city over the past several months.

We will keep you up to date on this matter and will of course let you know if the game is officially cancelled.

Update: The game has still not officially been postponed, however there has been a curfew imposed on several cities in the state. This would appear to have forced the hand of the Wild on this matter, although we still aren't 100% sure the game will be delayed just yet. That being said the fact that the curfew is actually set to begin quite early, it will be in effect from 7 pm until 6 am, would suggest to me that it will be near impossible to play out this game tonight.

Update: The NHL has just made it official:

Stefan Noesen crosschecks Christian Dvorak right in the face.
Subscibe to
Our NEWSLETTER
Receive the best articles of the web directly in your email