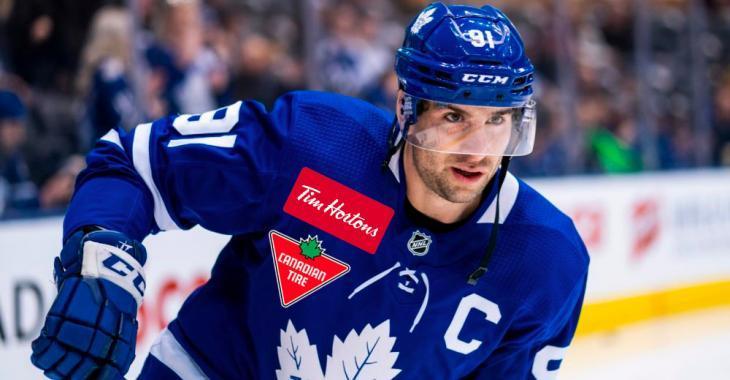 In case you missed the news last week, the NHL announced that its board of governors voted to approve 3x3.5 inch jersey ads beginning in 2022-23.

The National Hockey League is adding advertisements to its jerseys for the 2022-23 season, the latest major U.S. sports league to sell marketing space on player uniforms during games.

The NHL board of governors unanimously voted to approve the ad policy, according to a memo emailed this week to all 32 teams. Clubs are now free to start negotiating with potential partners, according to the memo, which was reviewed by Sportico.

The ads must fit a rectangle 3 inches by 3.5 inches, making them slightly bigger than the patches that the NBA added to its jerseys for the 2017-18 season. Representatives from the NHL didn’t immediately respond to a request for comment.

Call me a traditionalist or a purist, but personally I HATE this idea. Between television commercials, ads on the boards, ads on the ice and live ads read aloud literally DURING the game... enough already. I don't need more corporate BS shoved down my throat when I'm just trying to watch a hockey game. I have to say... if the NHL does elect to put ads on jerseys, no matter how small or how tastefully they may be done, I will 100% NEVER buy an NHL jersey again. Call me crazy, but I support the team not Toyota, Tim Hortons, McDonald's, Bell, Rogers or any other corporate sponsor.

And I'm not alone, NHL commissioner Gary Bettman has also gone on record in the past saying that he's against ads on jerseys, but in 2017 Bettman did say, "It would take an unusual circumstance for us to even think about it," when asked about putting ads on jerseys. Well... I would argue that 2020-21 and the COVID-19 pandemic qualify as "unusual circumstances", so I guess the NHL gets a bit of a pass here. But for me, I won't be spending my money on NHL jerseys anytime soon.

Four players moved on/off the NHL's COVID list.
Subscibe to
Our NEWSLETTER
Receive the best articles of the web directly in your email