Congrats to the couple! 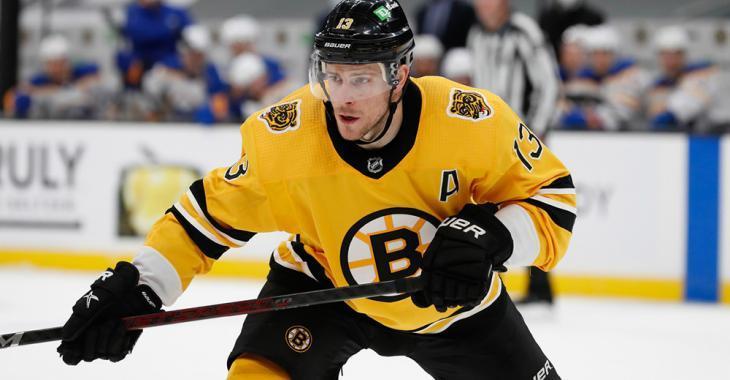 He'll be tying the knot soon!

Boston Bruins forward Charlie Coyle recently popped the question to his girlfriend Danielle Hooper over the weekend on Nantucket:

"Did a little something…I lucked out," Coyle explained during an appearance on WEEI during the 19th Annual Jimmy Fund Radio-Telethon at Fenway Park.

The 29 year old Coyle also recently underwent surgery to repair an avulsion fracture in his left kneecap and a small tear of the patellar tendon, and he provided an update regarding his health and recovery as the season approaches.

"I had the surgery, should be good now," said Coyle, who added that he'd been dealing with the issue for two or three years. "Put it behind me and I'll be firing on all cylinders…I got on the ice for the first time [on Wednesday], which was an awesome step. Felt really good."

This season will be a bit different in Boston, as 15 year veteran David Krejci decided to return to his homeland to play in front of the family and friends that helped put him on the fast track to the NHL. And according to head coach Bruce Cassidy, Coyle will be taking over Krejci's role on the team's second line.

And needless to say, Coyle is looking forward to the opportunity.

"It's an opportunity," said Coyle. "We have a lot of guys who can play that role. It's going to create that inner competition which is gonna make us a better team. But that's not my position right now, I've got to earn it. That's my job going in. I've got to be the best player I can.

"That's my goal is to get healthy first off…that's a big role for our team and I want to play a big part in that."