NHL News : Newly acquired Conor Garland could have a big year for the Canucks

Could the newly acquired Canucks forward enjoy a breakout season in his new surroundings? 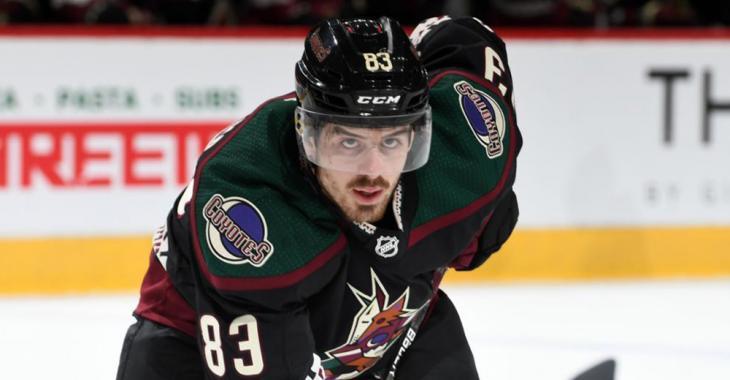 There's a couple of new faces in British Columbus for the upcoming 2021-22 NHL Season.

Garland comes to Vancouver as having been a consistent offensive threat with the Coyotes, leading his former team in goals during the 2019-20 NHL season with 22, while adding another 12 this most recent campaign. It wasn't long before Canucks management decided to lock up Garland with five year contract worth $24.75 million. It's safe to say that the Canucks are expecting their new forward to continue to thrive in his new surroundings.

In fact, ESPN's Greg Wyshynski has listed Garland as one potential candidate to enjoy a breakout season, and compared his acquisition to that of J.T. Miller, which so far has proven successful. Check out his reasoning below:

"In 2019, J.T. Miller was acquired by the Canucks from the Lightning. The price was high -- a conditional first-round pick went the other way in what was a cap casualty deal for Tampa Bay -- but the intent was clear: GM Jim Benning felt that Miller's north/south skating, forechecking and finishing ability would fit well in Vancouver's top six. The result was a 27-goal season in which he had 72 points in 69 games.

Garland, 25, has the chance to experience the same statistical turbo boost after coming over in the Oliver Ekman-Larsson trade -- and given the Canucks assumed the latter's albatross of a contract, that should tell you how high they are on Garland. His best offensive season was in 2019-20, when he potted 22 goals in 68 games. He has had 39 points in each of the past two seasons. No disrespect to Nick Schmaltz, but he's now going to have either Elias Pettersson or Bo Horvat setting him up at 5-on-5, and will join a power play that's only one year removed from being fourth in the league (24.2%). If this trade turns out to be disastrous down the line for Benning, it likely won't be because Garland didn't live up to his new five-year, $24.75 million deal."

Powerful message from Robin Lehner on the return of fans.