The heir to the King in the Big Apple showed his appreciation. 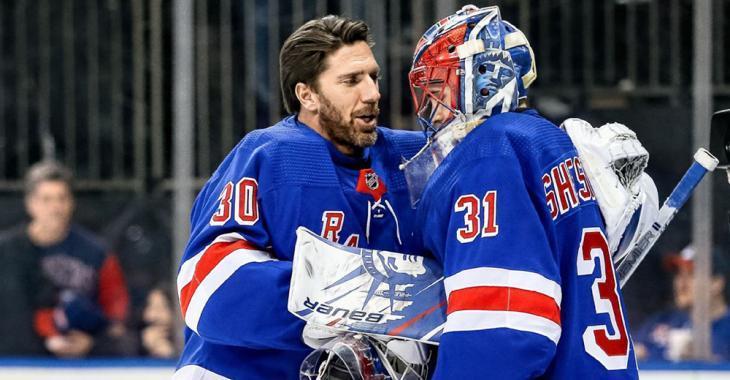 One of the all-time great players at the position in National Hockey League history, former New York Rangers goaltender Henrik Lundqvist has made the decision to officially call it a career after 15 seasons.

"For the last 30 years, I have devoted my life to the game of hockey ... and now it's time to walk away from the game I love and begin a new chapter," Lundqvist wrote in a statement on Twitter on Friday. "The future excites me. I've met so many amazing people over the years that will help to guide and inspire me in my new journey."

The five-time All-Star and 2012 Vezina Trophy winner was unable to play during last season after being required to undergo open heart surgery.

His former teammate, fellow goaltender Igor Shesterkin, penned a heartfelt tribute to Lundqvist on his Instagram account. He writes:

"Congratulations Henrik on an unbelievable career! You have always been my inspiration. Not only are you a legendary goaltender but an incredible teammate and person as well. To spend time and learn from you is something I will never forget. It's an honor to be your teammate and to have the opportunity to follow in your footsteps. You're one of the greatest to ever play the game and I am sure success will follow you in the next chapter.Thank you KING @hlundqvist35"

David Backes & Jack Johnson both placed on waivers.
Subscibe to
Our NEWSLETTER
Receive the best articles of the web directly in your email