This could be a game-changer. 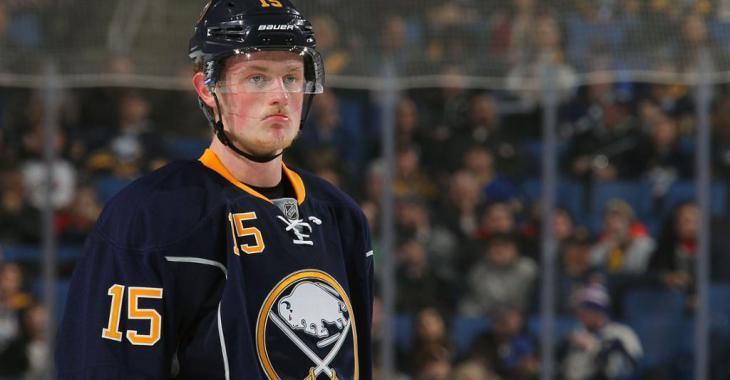 Earlier this week, it was exciting to read from TSN’s Darren Dreger that ongoing discussions and additional access to Eichel’s medical file has helped teams with trade interest clearly see his situation. He adds that both the Sabres and Eichel are hopeful a deal can be worked out soon with one of the interested teams.

The focus remains on getting Eichel the treatment he needs for his neck injury, though there is also some improvement in the trade situation. As you know, Eichel failed his physical at the Buffalo Sabres’ training camp and was stripped of his captaincy. His trade and future remain uncertain all because the team and its franchise player remain at an impasse over surgery options. Eichel favors having artificial disk replacement surgery. The Sabres are against him having the procedure because it has never been performed on an NHL player. However, the Sabres’ way means that a patient could have three surgeries in 20 years. We can understand why Eichel wants to get it done his way.

On Thursday’s edition of Insider Trading on TSN, Pierre LeBrun revealed a new update in the Sabres’ stance and how it is again helping a trade to come to fruition. Here is how he put it:

“So what’s happened here over the last 10-plus days and Darren Dreger had told us at the outset of this that this would happen is that agent Pat Brisson has had the direct green light from Buffalo Sabres general manager Kevyn Adams to share more medical information with other teams. That has clarified a lot of things for some teams that are on the periphery of this thing. So, number one, some teams are now comfortable with the artificial disc replacement surgery that Jack Eichel wants to have, other teams not so much. But at least there’s some clarity either way. In the meantime, teams that have circled back to Kevyn Adams and Adams has circled back to teams. What has happened in those discussions, I’m told, is that teams are saying we have to have a conditional component to any potential trade. Because we don’t know what Jack Eichel is going to be like when he comes back. We don’t know when exactly he’ll be back, although that surgery suggests four months. And so what the Sabres have said is yes, we’re going to have to have a conditional part to that trade. That’s a big deal. That’s a big development because teams can now feel a little more safely in entering the next phase in trade talks. I don’t think a deal is imminent, but again, it’s another step in the process here as everyone tries to get this deal done.”

Eichel was limited to 21 games in 2021 due to the neck injury. He has been the subject of trade talk since the end of last season and his former agents released a statement in July trying to spur a trade. He switched agents to Pat Brisson in August and it is believed he is speaking with Adams and interested teams to get something happening! Especially if conditional terms can be added to the deal.

Still without a contract, Joe Thornton returns to Europe