Another change of officials. 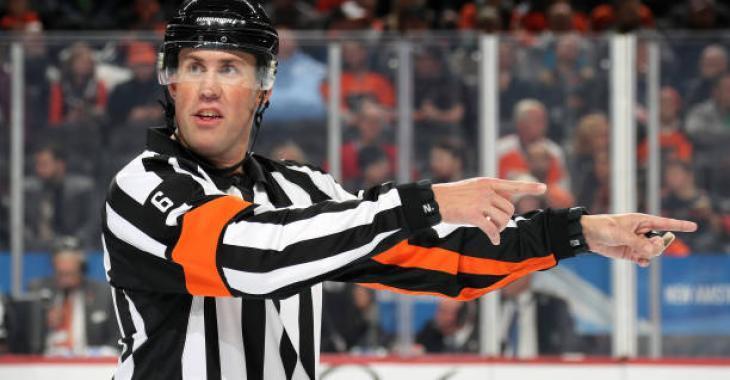 All eyes have been on officials of the National Hockey League ever since the playoffs kicked, especially with many controversies over wrong calls or non-calls during the series.

On Friday morning, hours ahead of Game 3 between the Tampa Bay Lightning and the Canadiens in Montreal, Scouting the Refs reports that the referees who will work tonight’s contest are Gord Dwyer and Francis Charron.

Neither officials have worked in Game 2 of the Stanley Cup finals in Tampa, while Charron was on the ice with Dan O’Rourke for the Bolts’ 5-1 win over the Canadiens in Game 1.

According to Scouting the Refs, Dwyer and Charron are working together for the fifth time this postseason. There were the officials for Games 1 and 2 of the Habs’ semi-finals against the Vegas Golden Knights, while they also worked Games 5 and 7 of the series between the Lightning and the New York Islanders. Dwyer was also on the ice with Chris Lee for Game 6 of the semi-finals between the Lightning and Islanders.

Scouting the Refs also shared the information that the Lightning is 5-0 this postseason under Charron; Montreal is 1-2.

The linesmen tonight for Game 3 in Montreal will be Scott Cherrey and Kiel Murchison.

Kevan Miller and Miles Wood drop the gloves in the opening seconds.
Subscibe to
Our NEWSLETTER
Receive the best articles of the web directly in your email