Check out how insiders believes changes will affect the NHL realignment for the 2020-21 season: 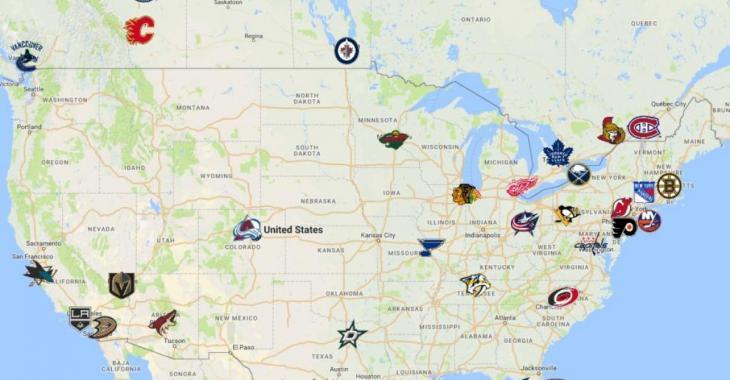 This came as shocking news on Thursday when it was reported that the National Hockey League may be forced to move its Canadian teams down to the U.S. if it can’t come to agreements with provincial health authorities between now and the planned league start date of Jan 13th, 2021.

While it is well-known that the league would prefer to have its seven Canadian teams play out of their own city and arena for the shortened season and to limit travel within the country, thereby getting around Canadian and American border restrictions, this plan requires the approval of health authorities from five different provinces, something that has been difficult to attain. The COVID-19 situations in Quebec, Ontario, Manitoba, Alberta and British Columbia are vastly different and changing seemingly everyday. This has made it extremely difficult for the league to negotiate its protocols.

On Insider Trading last night, Darren Dreger explained that this could be played out in the next 24 to 48 hours, but he strongly believes realignment will be affected by the news.

“In the meantime, if the worst does come to pass and the Canadian teams have to play south, it goes without saying, but I’ll say it anyway, that a league source confirms the all-Canadian division would probably be no longer and that the NHL would have to look again at more realignment for the 31 teams. But again, let’s hope that the seven Canadian teams are playing at home.”

When the plan was to have an all-Canadian division playing north of the border, this was supposed to be a possible look for the realignment:

However, while the much of the Metro Division remains the same with some room for a few displaced Atlantic Division teams, Sportsnet did recently report that there is some debate about the St. Louis Blues and Minnesota Wild’s placements.

However, if the Canadian teams are relocated to the U.S., realignment could be all scrambled and look something closer to the usual divisions with travel and schedule considerations between clubs.

Why don’t you suggest the best realignment if all teams are located in the United States! I bet the NHL will take any suggestions with problems piling up… Like former NHLer John Scott points out : this is a huge opportunity to mix things up!

Former Penguins GM Jim Rutherford linked to a new team.
Subscibe to
Our NEWSLETTER
Receive the best articles of the web directly in your email