The new Bruins goaltender isn't concerned with what happens with Tuukka Rask. 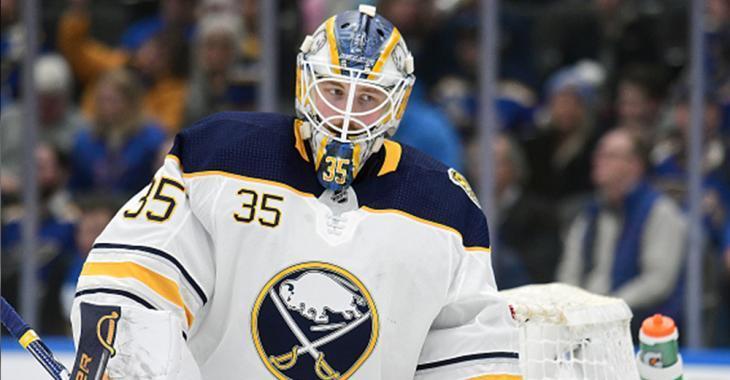 Goaltender Tuukka Rask's future in Beantown remains up in the air. To that end, the Bruins secured help in the crease in the form of former Sabres net minder Linus Ullmark, signing him to a $20 million deal this past offseason after he'd spent the first six years of his NHL career with Buffalo.

And while the situation with Rask remains up in the air, Ullmark is focused on the present, and admits that he's not focused on the "will he, won't he" status of the former All-Star.

“I stay in the present, stay in the moment,” Ullmark, who spent the first six seasons of his NHL career with the Sabres, said when asked about a potential Rask return. “That’s something for the future. That’s nothing I can focus on right now.”

The 163rd overall pick by the Buffalo Sabres in the 2012 NHL Draft has appeared in 117 career games, posting a record of 50-47-13 with a 2.78 goals against average, .913 save percentage and three shutouts. As of now, he's formed a 1-2 punch in the crease with Jeremy Swayman, who is entering his second full NHL Season.

“There is a lot of passionate people surrounding the Boston sports,” Ullmark said shortly after arriving in Boston. “We got the three big ones in MLB, NFL and NHL. For me, it’s – I do like it, I would say. I do like it as well that there is high expectations for the team. It’s not about making the playoffs, it’s about winning the Stanley Cup. That’s the first and foremost goal that everybody has from the fans to the players to the management.”

Needless to say, Ullmark is excited to be on the ice with his new teammates.

“It was great,” Ullmark said of the first session with his teammates. “Settling in well, and there was a good pace out there, having fun. It’s fun to get the show going.

“It’s the only place where I don’t have to think about anything other than hockey. So it’s enjoyable for sure.”

Ullmark and the Bruins will begin their exhibition schedule on Sunday, September 26 against the Washington Capitals.

Lehner on who has the hardest shot, the best player, and the best goalie in the NHL.
Subscibe to
Our NEWSLETTER
Receive the best articles of the web directly in your email