NHL News : NBC is officially out as NHL broadcaster in the United States

The league comes to terms with two new providers for American hockey fans. 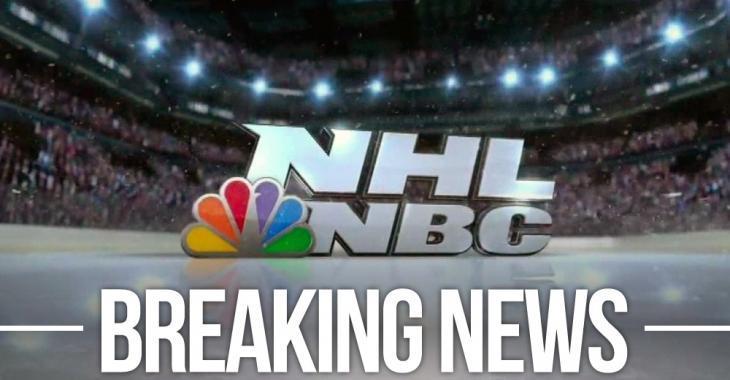 According to multiple online reports, NBC Sports has been outbid by Turner Broadcasting (TBS and TNT) for the remaining NHL rights in the United States. Of course, Disney (ESPN, ABC) had acquired rights earlier this year. ESPN will be the primary rights holder and it's expected that the majority of NHL games broadcasted in the United States come next season will be on ESPN or ABC. The remaining will be on Turner's properties, likely TNT. For those unaware, TNT does a fantastic job with their NBA broadcasts.

The NHL is now earning $655 million per season with its new deals with ESPN paying $430 million per year and TNT paying $225 million per year. Both deals are believed to be for seven years. As a comparison, the NHL received approximately $200 per year for 100% broadcasting rights from NBC.

With this news, the NHL on NBC is officially dead when the current season ends. And really... is anyone upset by this? Honestly, I had such high hopes for NBC when the league announced its partnership 10 years ago, but... honestly it's been such a let down. Sure, the NHL was virtually invisible on mainstream media in the United States prior to NBC, but i'd argue that the game hasn't grown as much as the league would have liked under NBC's stewardship. Combine that with the fact that NBC's rotating cast of analysts and reporters never seemed to catch my attention and I'm left feeling this the entire ordeal was underwhelming.

ICYMI: Carey Price unveils his new mask.
Subscibe to
Our NEWSLETTER
Receive the best articles of the web directly in your email