NHL News : Nazem Kadri goes after the NHL in long rant on his suspension!

Wow! No holding back! 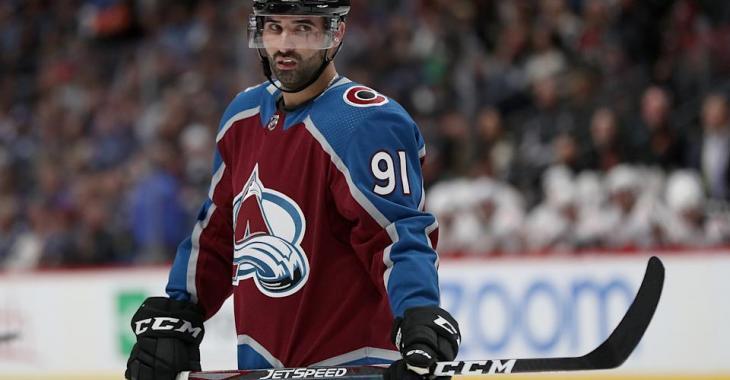 The thing is: Nazem Kadri is a talented hockey player. But he has a temper, makes bad decisions, especially in postseasons it seems. As you may remember, the pesty forward was in trouble at the very start of the playoff calendar when he was suspended eight games for an illegal check to the head of St. Louis defenseman Justin Faulk. This was Kadri’s third playoff suspension over the past six years. He was suspended for the remainder of the first round in 2019 for cross-checking, which turned out to be five games, and was suspended three games for boarding in 2018. Each of those incidents happened with the Toronto Maple Leafs, who traded him to Colorado in the summer of 2019.

On Tuesday, Kadri had a lot to say to Adrian Dater of Colorado Hockey Now, criticizing the NHL for his suspension and its reasoning behind the officiating and decisions made by the Department of Player Safety.

“ I feel like that might be lacking in some areas. Sometimes, it feels like it’s more the offender and not the offense. I get it, I understand it’s a tough job. But for me to get the equivalent of a 20-game suspension in the regular season, for trying to make a responsible defensive play…?”

Kadri, who appealed his suspension but did not win his case, feels that there is lack of NHL officiating consistency - it’d be hard to disagree - but spend most of the interview acting like a victim.

“There were other instances throughout the playoffs that were very questionable, where the hits were worse than mine, but weren’t even suspendable. It did feel like I was made to be a poster boy, to send a message for the accountability aspect, which I didn’t appreciate much,” Kadri said in his first interview since the incident.

We bet he is talking about the Washington Capitals’ Tom Wilson Incident, in which the Caps forward was only fined $5000 this season for punching New York Rangers forward Pavel Buchnevich in the back of the head as he was facedown on the ice, while also throwing star Artemi Panarin to the ice in the ensuing scrum.

The veteran forward went on to explain what happened with Faulk, maybe attempting to make excuses as trade chatter emerged that he could be out of Colorado because of his reputation.

“It was not an emotional, hot-headed play,” Kadri explained. “Nothing had happened prior. I was trying to make a responsible defensive play. Had I not laid the body and he maybe had got a shot off and got past me and they’d gotten a rebound, then I’d be the guy to blame. So, the only reason why it was forceful is because he’s walking down the slot in a playoff game, and I had to show some urgency in getting over there and to try and prevent him from getting a scoring chance. It was one of those plays where it happened quick. I was just trying to make a responsible defensive play. Of course, I’m not trying to hurt anybody there and put myself out too.”

We will have to wait and see if this interview helps his case in order to convince GM Joe Sakic to keep him in Denver for the last year of his contract. He is coming up on the final season of his deal that carries a $4.5 million cap hit. He also has a no-trade, no-movement clause, therefore he can’t be exposed to Seattle in the July 21 expansion draft.

Let’s see how fans and especially the Avalanche react to his powerful statement against the NHL.