What was this guy on? 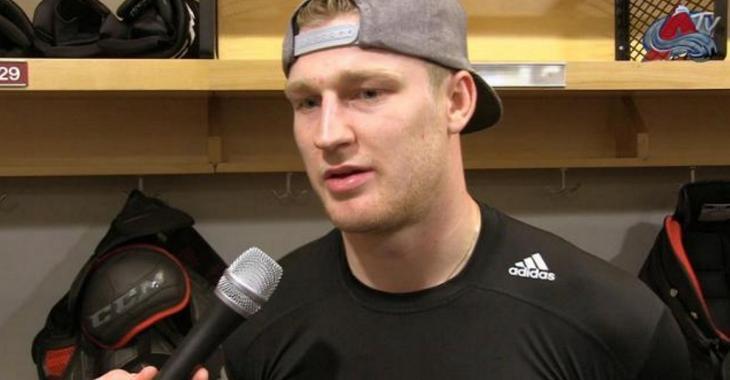 This has to have been one of the most bizarre moments of the Stanley Cup Playoffs so far and the look on the face of Colorado Avalanche star forward Nathan MacKinnon really tells the entire story.

On Thursday MacKinnon and the Avalanche, who came into the Stanley Cup Playoffs as the favorites to win it all in the eyes of many, were eliminated from playoff contention when they lost in Game 6 of their second round playoff series against the Las Vegas Golden Knights. As you would expect in a situation like that, the Avalanche players were already not in the best of moods and this question from a reporter certainly did not help to improve the situation.

We're not sure who asked the question, although Yahoo Sports has indicated that it was believed to have come from Avalanche reporter Adrian Dater, but what we do know is that it was one of the most bizarre and inarticulate questions we've ever seen asked during any media availability related to the National Hockey League.

Here's my best attempt at breaking down what was asked:

"Ugh Nate I know you're a gamer and all this and I'm just thinking maybe out loud as far as in your shoes right now, it's like 'alright we've done all the think we can do, we've done all the game plan we can do, maybe... maybe just fuck it we'll go in it next year and not think anymore and just win this thing when we don't think so much'. Am I on the right path at all with this? Like maybe you just guys think a little too much?"

As I stated earlier, the look on MacKinnon's face said it all and it was one of absolute disgust and bewilderment at the question. Here's the video:

I don't want to cast any aspersions on anyone here but it's hard not to notice that the reporter asking the question appears to be slurring his words. I do have to wonder if he was high, drunk, or perhaps on some type of serious medication that would have altered his state of mind in such a drastic way that he would ask this question in this fashion.

MacKinnon's response of a hard "no" as well as the fact that he pointed out that the reporter swore when asking the question was a clear indication that he was not happy about it at all.

Tom Wilson rocks Curtis Lazar, hits him into the Bruins' bench
Subscibe to
Our NEWSLETTER
Receive the best articles of the web directly in your email