That takes care of the last major item on Nashville's offseason to-do list. 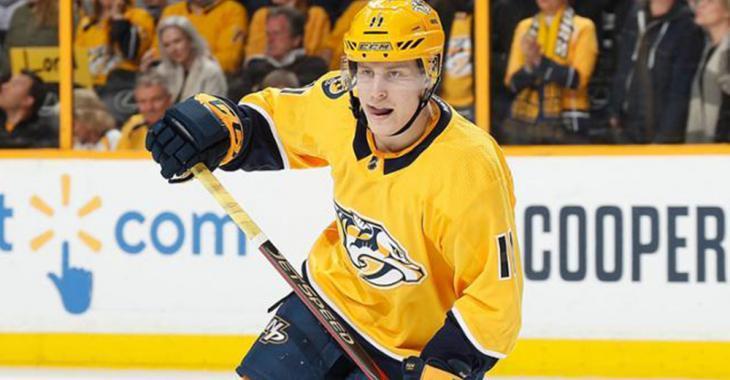 Nashville Predators general manager David Poile has taken care of the last remaining important matter of business for his team's offseason, and can now focus on the upcoming regular season campaign.

The Predators have announced that they've come to terms on a new three-year contract with restricted free-agent forward Eeli Tolvanen worth a reported $4.35 million:

"Tolvanen, 22 (4/22/99), posted 22 points (11g-11a) in 40 games for the Predators in 2020-21, his first full NHL season. His 11 goals were the fourth-most on the Predators and were the most scored by a Predators rookie since Filip Forsberg netted 26 in 2014-15. The 5-foot-10, 191-pound forward also challenged two rookie franchise records: His six power-play goals (which led the Predators) were tied for the second-most and his six-game point streak (3g-6a) from March 21-30 was tied for the second-longest. Among NHL rookies, Tolvanen was tied for first in game-winning goals (4); tied for second in power-play goals; third in power-play points (12); 10th in goals; and 12th in points (22), helping him earn votes for the Calder Trophy. Tolvanen, who also tallied three multi-point games, including his first career three-point effort on March 21 at Dallas (1g-2a), skated in four of Nashville's Stanley Cup Playoff games vs. Carolina.