Imminent blockbuster trade in the works? 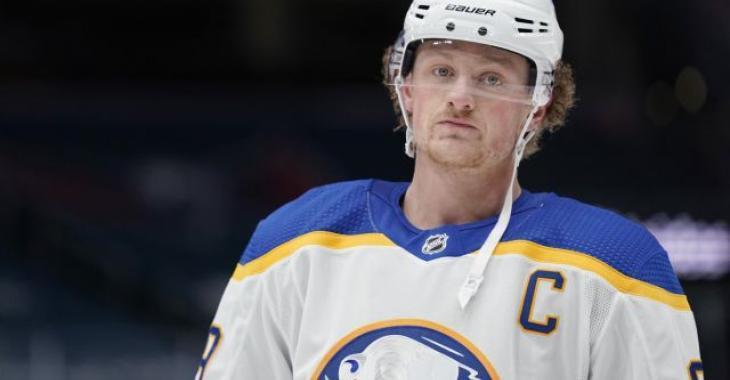 The Jack-Eichel-wants-out-of-Buffalo rumours are back on the table. The Sabres are struggling again and we bet captain Jack Eichel’s patience is growing thin. Even after adding Taylor Hall to their roster in the offseason, the Sabres are sitting last in their division with a 6-8-2 record.

Last season when things were as bad, Eichel had voiced his frustration and rumours emerged that the star forward might want out of Buffalo. And you bet these talks are back on the table, and they seem more serious now. We’ve heard for days now how some teams, including the Los Angeles Kings and New York Rangers, might be in the mix to land Eichel, but now the captain might putting pressure on for an imminent trade.

Sportsnet’s Elliotte Friedman explained in his latest 31 Thoughts column how something is up with Eichel, who was given the day off again Tuesday before the night’s game. His own head coach Ralph Krueger admitted to media that Eichel is not playing hurt, stating the 24-year-old is just going through a slump.

Friedman said this: “Extremely difficult time for the Sabres. Popular defenceman Jake McCabe is out for the year after a severe knee injury. Head coach Ralph Krueger said following Monday’s 3-2 loss to the Islanders that Jack Eichel is not injured, but the captain clearly isn’t himself.”

Many pundits believe that’s because Eichel is done in Buffalo and is simply looking for a way out ASAP. He finally managed to record an assist on Tuesday night, but nothing to go wild about.

Eichel’s no-move clause does not kick in until the 2022-23 season, the year he would have normally been eligible for unrestricted free agency.  But you have to understand how badly Eichel wants a taste of the postseason and a chance to be a real winner and he’s held on for a while in Buffalo.

He deserves a real chance to win. And might be running out of time and patience.