Your waiver news on Tuesday: 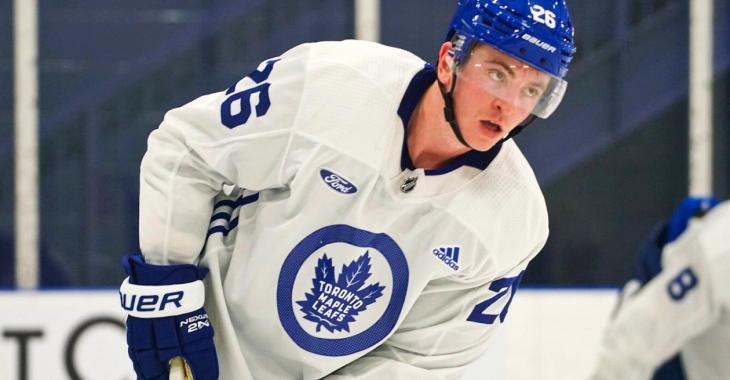 Four names hit the waiver wire on Tuesday at noon, and some fans will be surprised to read some of them.

The Toronto Maple Leafs have placed forward Jimmy Vesey on waivers, while the Montreal Canadiens did the same with veteran Paul Byron.

In Winnipeg, the Jets placed goalie Anton Forsberg on the wire, while the Columbus Blue Jackets placed Mikhail Grigorenko on it.

At the start of the month, Leafs’ Vesey was doing quite well, probably feeling the pressure of forward Alex Galchenyuk, acquired by Toronto in February, breathing down his neck. He failed to record a point at his last four games and the Maple Leafs are probably looking to get someone else up from the taxi squad. On Tuesday, general manager Kyle Dubas explained that Vesey was placed on the waiver wire to increase roster flexibility.

Byron and Forsberg have been off and on waivers since the start of the season. Byron is signed through the 2022-23 season at a cap hit of $3.4 million. He was waived for assignment to the team's taxi squad. He cleared waivers on Feb. 15, when the team used the same reasoning. In 27 games this season, he has put up two goals and seven points.

As for the goalie, he kicked off the campaign as an Edmonton Oiler, was waived and claimed by the Carolina Hurricanes, who then waived him again as he ended up in Winnipeg. Where to next?

VIDEO: All of Bobby Ryan's goals during 2021-22 season
Subscibe to
Our NEWSLETTER
Receive the best articles of the web directly in your email