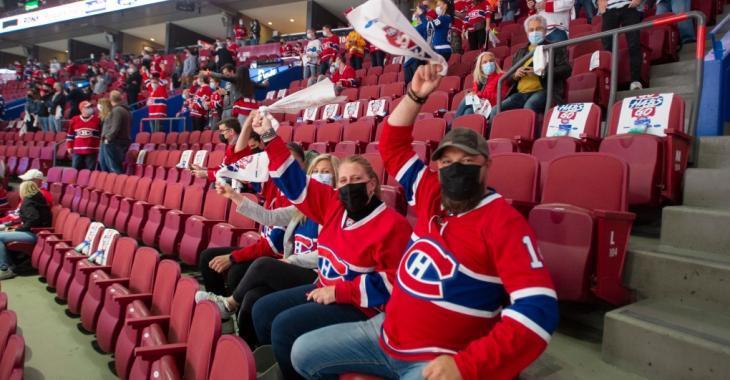 Earlier on Tuesday, the Montreal Canadiens were still awaiting to see if the Quebec government would allow more fans at home games now that the Habs are playing in the Stanley Cup semi finals against the Vegas Golden Knights.

In Sin City, the crowd has been huge and loud and it was certainly a shock for the Habs’ players, who travelled to the States for the first time since March 2020, to see so many fans in the building. Premier François Legault
has said Canadiens players told him they don’t want to be at a disadvantage, considering Vegas has been playing in a full arena.

Finally on Tuesday, it was announced that the Habs, who managed to get 2500 fans in the Bell Center in the first and second rounds of the postseason, to get an additional 1000 fans in the building, meaning 3500 fans will attend home contests for Game 3 and Game 4.

The same amount of fans will be allowed at the Bell Center for Game 6 if the series needs it.

Let's just say, it's not comparable to the one in Vegas, but we all know how loud Habs fans can be.

Earlier today, general manager Marc Bergevin explained to Renaud Lavoie of TVA Sports how the impact of the crowd in Vegas was important and inspiring to the home team's players. He mentioned how he was hoping for a similar feel in Montreal to really get a sense of the seventh player in the Bell Center for this important series.

Nate Schmidt makes an unbelievable circus catch over the fence.
Subscibe to
Our NEWSLETTER
Receive the best articles of the web directly in your email