Georgiev reportedly cold cocked DeAngelo with his blocker then had him in a headlock before Miller stepped in. 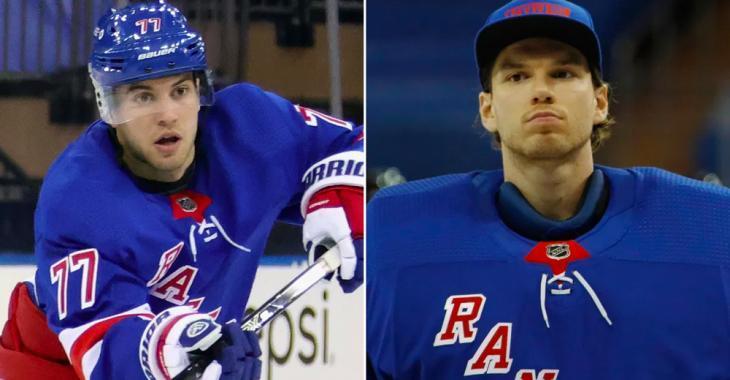 In case you've been out of the loop for the past few days, things have gone absolutely nuclear between the New York Rangers and defenceman Tony DeAngelo. Following Sunday's OT loss to the Pittsburgh Penguins it's alleged that DeAngelo made a snide remark to Rangers goaltender Alexandar Georgiev, which prompted Georgiev and DeAngelo to "get in an altercation" it's then believed that rookie K'Andre Miller "ended the altercation" by knocking out DeAngelo.

The Rangers subsequently placed DeAngelo on waivers, but there were no takers as the defenceman cleared waivers at noon ET yesterday. So now... what happens? Well, no one is exactly sure, but we do know that the Rangers are actively looking to get DeAngelo as far away from their team as possible. And who can blame them? If the details of what happened between DeAngelo and Georgiev are true, there's no way that DeAngelo ever suits up for the Blueshirts again.

Check out this report on what exactly happened between DeAngelo and Georgies courtesy of Rangers insider Rick Carpiniello from his latest column for The Athletic:

But I’ve been able to confirm one thing that did happen, and I’m shocked, frankly. I even laughed off people on Twitter who suggested it. Georgiev did indeed throw the first punch in the skirmish with DeAngelo — I’m told he landed it, with his blocker on, and then had DeAngelo in a headlock. DeAngelo had been riding him in the tunnel about failing to make a save on the Sidney Crosby overtime goal and Georgiev snapped, apparently.

And the story is that it was actually Miller who broke up the fight — according to Larry Brooks of the Post. I haven’t confirmed that, but my general rule of thumb is to not refute what Brooks reports.

Look... DeAngelo is never going to get the benefit of the doubt given his track record. But, regardless of any of that you simply don't criticize your goalie. Especially just minutes after he gave up the winning goal in OT. It's an unwritten rule in hockey. You win as a team and you lose as a team. If you're going to blame anyone, you blame yourself. This is the case on any team at any level and certainly applies to NHL teams. Give your head a shake, Tony...