​The NHL is getting in trouble - AGAIN! 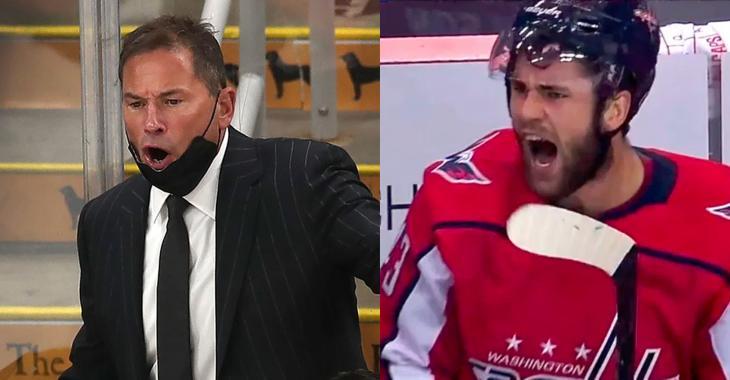 Boston Bruins head coach Bruce Cassidy made headlines on Tuesday as he was fined $25,000 for publicly criticizing the officiating of his team’s second-round series against the New York Islanders.

Cassidy’s comments came after Game 5 on Monday, a 5-4 Islanders win that gave New York a 3-2 series lead. He commented on what he believes to be inconsistent calls from the series’ officials, and suggested it is due in part to the perception of how the Islanders play.

“I think they sell a narrative over there that it’s more like the ‘New York Saints,’ not the New York Islanders. You know, they play hard and they play the right way. But I feel we’re the same way and the calls, the exact calls, that are getting called on us do not get called on them,” Cassidy said.

“And I don’t know why. These are very good officials — they’re at this point in the season for a reason. You’ve got continuous high sticks every game, the exact same high sticks… Maybe we need to sell them more, flop, but that’s not us. You just hope they’d see them. I mean, the same calls go against us. So, it’s not like I’m sitting there going, ‘Well, every call against us sucks.’ It’s not true.

“It’s just, at the end of the day, the similar plays, they need to be penalized on those plays. But like I said, I think they’ve done a great job selling that narrative that they’re clean.”

Yes, that earned him a $25,000 fine and fans, pundits and insiders were stunned with the league’s decision, though it’s not the first time we see a head coach getting fined for bad-mouthing the officials.

However, Ken Campbell offered a good analysis on the NHL’s decision and it makes quite a bit of sense:

“So in the eyes of the NHL, the rather innocuous comments Boston Bruins’ coach Bruce Cassidy made about the officiating were five times as bad as what Tom Wilson did to Pavel Buchnevich and Artemi Panarin. Think about that for a minute.”

I get that the maximum player fine is $5000, but imagine if Wilson had been suspended like everyone expected. This would be comparable because the Department of Player Safety could have suspended Wilson, which would have resulted in lost pay.

We all know a $5000 fine means absolutely nothing for a multi-millionaire player like Wilson. To count pennies if you will, remember how the Rangers demanded that the NHL fire the head of the NHL’s Department of Player Safety George Parros, who failed to suspend indefinitely a repeat offender like Wilson.

This happened at the end of the regular season: Wilson was fined $5000 for punching New York Rangers forward Pavel Buchnevich in the back of the head as he was facedown on the ice, while also throwing star Artemi Panarin to the ice in the ensuing scrum. The Rangers called out the league and demanded it fired the Head of Player Safety, George Parros. The NHL then fined the Rangers $250,000 for public comments criticizing Parros and the league’s department of player safety.

With this comparison, it sounds like player safety isn’t at the top of the list for the NHL…

But after all, we all know officiating is a huge problem as well in the NHL, and maybe the league is hoping for more positive reinforcement by punishing coaches who condemn the refs. ;)