The free agent made a move today… 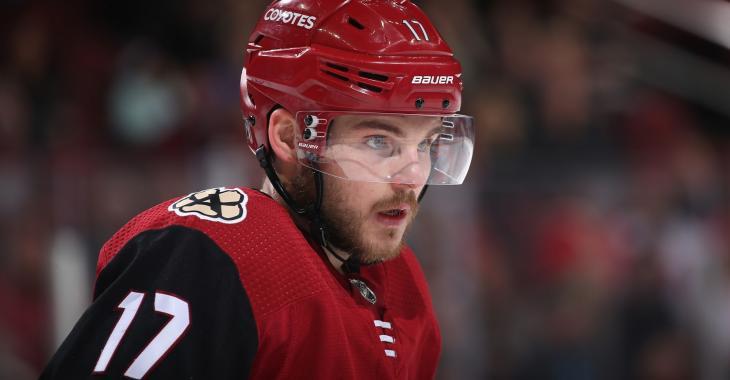 Yes, free agent forward Alex Galchenyuk is making a return with a former team. But it isn’t the Montreal Canadiens.

On Tuesday, the Arizona Coyotes signed Galchenyuk to a professional tryout contract. The veteran forward is coming off a one-year, $1.050 million deal, after tallying five goals and 13 points in 34 games this past season split between the Ottawa Senators and Toronto Maple Leafs. He had one goal and three assists in seven playoff games in 2020-21.

While no one is shocked that Galchenyuk managed to get another chance with an NHL team, fans are coming down hard on a Montreal so-called insider, who made now what is a false report on the free agent last week.

Last week, it was reported by David Ettedgui that Canadiens GM Marc Bergevin has reportedly reached out to Galchenyuk’s agent to make an offer to the free agent.

Galchenyuk started his NHL career with the Canadiens, where he played spent the first six years after the Habs selected him third overall in the 2012 NHL Entry Draft. Then, he was moved to the Coyotes in Arizona, before he was traded to the Pittsburgh Penguins, and then the Minnesota Wild. He went on to sign as a free agent in the 2020 offseason with the Ottawa Senators, to be traded to the Carolina Hurricanes, who never dressed him for a game.

But when he came to Toronto with a new attitude, Ettedgui claimed that that the Habs noticed how much Galchenyuk had improved and what he could bring to their roster.

Now that Galchenyuk inked a deal in Arizona, Ettedgui is getting ripped apart on social media. And this isn’t the first time. The guy is also an agent, but is clearly breaking some confidential rules by starting rumours like this.

He was called out by Habs’ Jonathan Drouin’s agent Allan Walsh last week for again making false claims on a player, this time, stating that  Drouin will not be in the Canadiens’ lineup for the start of the upcoming season.

Walsh called out and destroyed Ettedgui on social media with a blunt answer to his rumours:

“You’re an absolute disgrace to be spreading bullshit rumors about Jonathan Drouin on radio and Twitter.  You claim to be an agent? You’re the enemy of players.”

Multiple sources confirm details of DeAngelo incident.
Subscibe to
Our NEWSLETTER
Receive the best articles of the web directly in your email