The Montreal Canadiens have signed their top prospect. 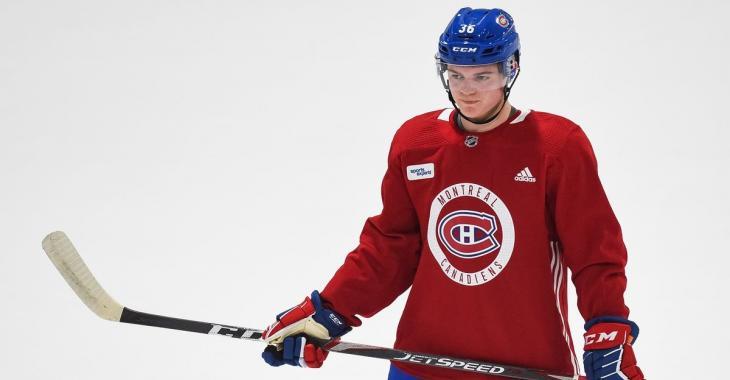 The Montreal Canadiens have signed their top prospect, much to the joy of their ultra passionate fans.

On Saturday general manager Marc Bergevin officially announced that he had signed 20 year old forward Cole Caufield to his first National Hockey League contract. The deal, a standard entry level contract, will run for 3 years and somewhat surprisingly will carry no bonus money for Caufield. The Canadiens are currently in a relatively tight cap situation and likely did not feel they could offer Caufield those bonuses, but perhaps their motivation for signing him now and burning a year of his ELC was designed to compensate Caufield for that aspect of this deal.

The announcement has been expected ever since Caufield and the University of Wisconsin were eliminated from the NCAA playoffs, but many expected the Canadiens to make a trade to alleviate their cap issues prior to making this announcement. In fact that move may still come before the Canadiens return from their layoff due to the NHL's covid protocols, so stay tuned for any news on that front in the next couple of days.

Although there is a ton of hype behind Caufield, who was selected 15th overall at the 2019 NHL Entry Draft, it appears that he is not destined for the NHL at this time. NHL insider Pierre LeBrun is reporting that Caufield is expected to report to the American Hockey League's Laval Rocket, the AHL affiliate team of the Montreal Canadiens, where he will begin his professional hockey career. I suspect that there may be a cap-related reason for this move as well, but that is purely speculation on my part at this time.

During his time with the University of Wisconsin Caufield showcased his amazing offensive skills on the regular, with this season being by far his best. Over 36 games he recorded 30 goals and 22 assists for a staggering 52 points and finished the season with a plus minus rating of 9. Many fans were hopeful that those skills would immediately earn him a spot on the NHL roster, and that could still be the case if the Canadiens end up pulling off a trade to clear up the necessary cap space.