The Habs expect their starting goaltender to be ready for the start of training camp. 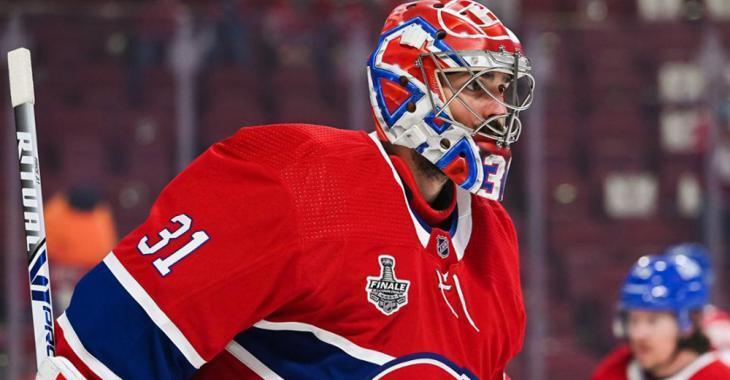 The Montreal Canadiens are regrouping as an organization after their incredible Cinderella-style run to the Stanley Cup Finals for the first time since 1993. Though they would ultimately fall in five games to the Tampa Bay Lightning, the Habs gave a new generation of fans everywhere some pretty incredible memories that will last a lifetime.

And of course, one of the main reasons behind their historic run was the play of goaltender Carey Price, who posted a postseason record 13-9-0 with a .924 save percentage and 2.28 GAA. Following the playoffs, Price underwent a knee surgical procedure in New York, and was originally slated to be on the shelf for 10-12 weeks for recovery.

However, the Habs now expect Price to be ready for the start of training camp next month, or at least very close to it.

"He just arrived in Montreal not too long ago," coach Dominique Ducharme said Thursday, speaking at his charity golf tournament in Saint-Charles Borromee, Quebec. "I'll have more news next week, and he should be there for the start of camp, and if not at the start, very soon after that."

His future in Montreal appeared potentially cloudy as he left unprotected by the Habs for the upcoming NHL Expansion Draft. However, the Seattle Kraken decided not to make him the face of their new franchise, and he remains a valued member of the historic Original 6 franchise.