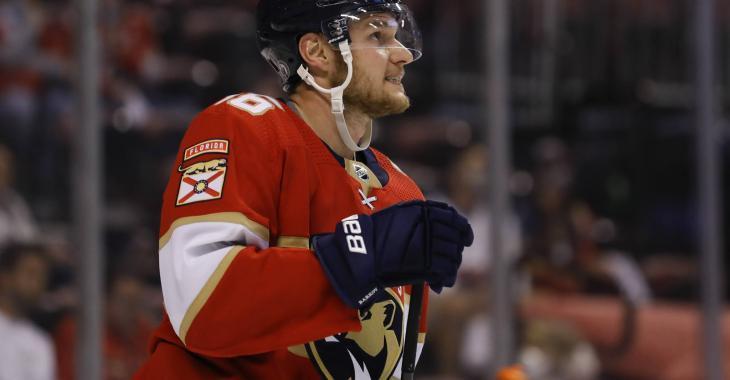 Aleksander Barkov is staying long-term in Florida and for a lot of money.

Per many insiders, including Sportsnet’s Elliotte Friedman and TSN’s Chris Johnston and Pierre LeBrun, Barkov has just signed an eight-year contract, worth $10 million per season, with the Florida Panthers.

An official announcement is expected for later on Friday.

LeBrun notes that $70 million comes in signing bonuses with money fluctuating year to year. Barkov has one year remaining on his current deal at $5.9 million, with his new deal kicking in at the start of the 2022-23 season. He was set to become an unrestricted free agent at season's end. The Panthers were clearly looking to settle this before the 2021-22 campaign kicked off as talks intensified in the past week.

And now this huge deal gets done! All the details here:

Back at the 2013 NHL Entry Draft, Barkov was selected second overall by Florida and was named team captain back in September 2018.

In 50 games last season, the talented forward had 26 goals and 32 assists. For his career all spent in Florida, Barkov has recorded 181 goals and 465 points in 529 games.

Mike Babcock gets roasted after Jason Spezza’s hat trick!
Subscibe to
Our NEWSLETTER
Receive the best articles of the web directly in your email