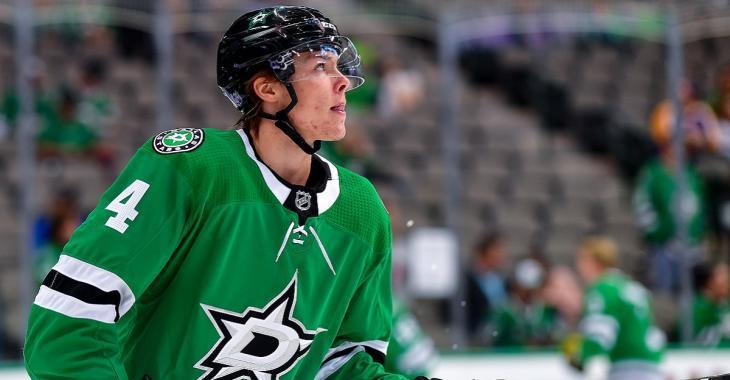 It is a very good day to be young Miro Heiskanen.

On Saturday reports began to leak indicating that the Dallas Stars defenseman was getting close to coming to terms with his team on a brand new contract that would see him remain with the franchise for the foreseeable future. The first came from National Hockey League insider Elliotte Friedman who indicated that the two parties were closing in on a deal that would carry max term and would pay Heiskanen somewhere in the neighborhood of $64 million over the length of the deal.

That news has now been confirmed with the Dallas Stars announcing the signing of Heiskanen officially via the team's website on Saturday. As Friedman's sources had indicated this deal will carry the maximum allowable term of 8 years but it will come in at actually slightly higher than what the insider had predicted, with the actual average annual value on this deal set at $8.45 million. That is good for a total of $67.6 million over the length of the deal, a massive contract for Heiskanen but a great signing for the Dallas Stars who lock in one of the top defensemen in the NHL to their roster for what will no doubt be the majority of his NHL career.

There's one more detail about this contract that is particularly interesting and that comes when talking about the trade protection the Stars have afforded Heiskanen in this deal. According to Dallas Stars insider Matthew DeFranks, the deal comes with a full no movement clause in the final half of the contract. This means that should the Stars ever decide to trade Heiskanen, they would have to do so either within the first 4 years of the deal or would need Heiskanen's permission before making any type of move further down the line.

The former first round pick (3rd overall) at the 2017 NHL Entry Draft is coming off a 55 game season in which he recorded 8 goals and 19 assists for the Dallas Stars amounting to a total of 27 points in a season where he finished with a plus minus rating of -9.