Someone's butt is in the hot seat... 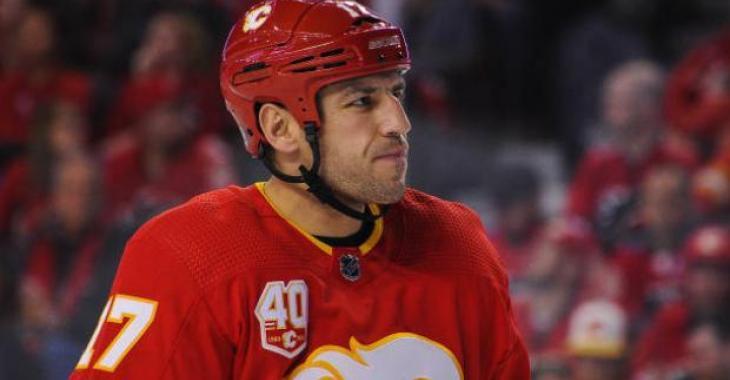 It’s been a rough week for the Calgary Flames, who got beat so badly at the beginning of their three-game series with the Ottawa Senators that goalieDavid Rittich was caught head-butting a dressing room door as he left the ice in disgrace. They might have won the second game, they were once again humiliated on Monday night.

The Flames held a players-only meeting earlier this season, which seemed to have got them going, however, many fans now wonder what needs to be done.

However, Milan Lucic refuses to see the blame on the shoulders of head coach Geoff Ward and, according to Elliotte Friedman, who reported it in his latest 31 Thoughts on Sportsnet’s, the enforcer spat fire in defence of his team and bench boss on the air of Sportsnet 960 post-game radio show with Pat Steinberg.

“A week ago, the message to the Flames was, “We’ve got to solve our problems ourselves.” GM Brad Treliving is not afraid to look around, but there hasn’t been anything that made sense. Following Monday’s 5–1 defeat in Ottawa,  [Milan Lucic](https://www.sportsnet.ca/hockey/nhl/players/milan-lucic/398616)  was spitting fire in defence of head coach Geoff Ward on the Sportsnet 960 post-game radio show with Pat Steinberg.

“You hear a lot of outside noise talking about coaching, style of play and all this bullshit,” he said. “But that has nothing to do with the coaches. That has everything to do with the guys that are playing…. We just want it easy on a night-to-night basis. We don’t want to work hard like we did when this coaching staff took over last year.”

The simple solution in these situations is to fire the coach — but Ward was given the full-time job on Sept. 14. That’s less than six months ago, and it would be such a rough look.”

The Flames are capable of more, and they know it. Now we will see if Lucic backs up his words and if the Canadian team will get out of their funk before it’s too late for Ward.

Two NHL stars call out Jake Paul after his knock out of Nate Robinson.
Subscibe to
Our NEWSLETTER
Receive the best articles of the web directly in your email