Sullivan shares some updates on 3 of his core players. 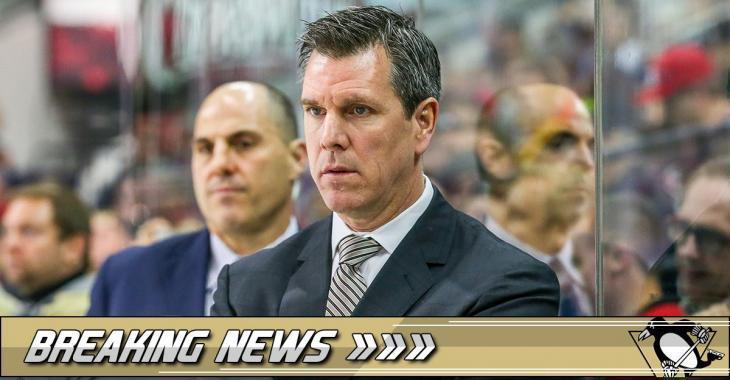 It is now official, the Pittsburgh Penguins will be starting the regular season with a significant handicap.

On Monday morning Penguins head coach Mike Sullivan spoke to members of the media and it was there that he confirmed that several of his regulars would not be in the lineup when the team kicks off the National Hockey League's regular season on Tuesday. Specifically, Sullivan was able to confirm that forward Jake Guentzel, forward Zachary Aston-Reese and perhaps most importantly captain Sidney Crosby would all be out of the lineup when the Penguins face off against the Tampa Bay Lightning, defending Stanley Cup Champions.

"Those guys will not play tomorrow in Tampa, that's for sure," confirmed the Penguins head coach on Monday. "From there, we'll see how Zach and Jake progress coming off the COVID protocol stuff. And it is unlikely that Sid will play on this trip."

The news is rather disappointing, especially when you consider the fact that Crosby had seemingly taken big steps in his recovery over the last several days. The Penguins captain had offseason surgery in order to repair the damage to his injured wrist, but he had resumed skating last week leading some to speculate that he could potentially be ready for the Penguins season opener.

Of course the priority for both the Penguins and for Crosby will be the long term health of their captain. Keeping that in mind, if they are keeping him out of tomorrow's game I have no doubt that it is in the best interests of both the player and the team. That being said the signs of progress are still there and I suspect that we will see Crosby make his eventual return sooner rather than later.

The cases of the other two forwards will be more difficult to gauge as both men are coming off time spent in the NHL's covid protocol. We have already seen throughout the NHL that some players who have been impacted by the virus have struggled to bounce back, especially in the short term. Guentzel returned to practice for the first time on Monday which is a good sign, but only time will tell when they will be good to go in live NHL games.

ICYMI: NHL jersey ads coming next season
Subscibe to
Our NEWSLETTER
Receive the best articles of the web directly in your email