This is so good! 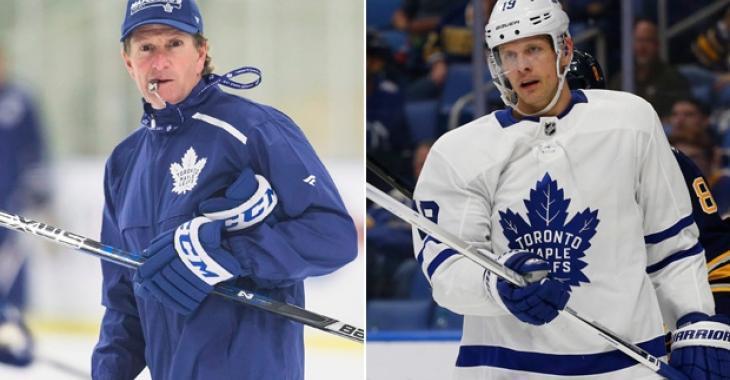 Toronto Maple Leafs veteran forward Jason Spezza might have sat in the press box as a healthy scratch 10 days ago, he was more than back on the ice on Thursday night, recording a hat trick in his team’s 7-3 victory over the poor Vancouver Canucks.

“That was fun to watch tonight. It was vintage Jason Spezza,” said teammate Auston Matthews.

The 37-year-old impressed a lot of folks, especially on social media after the game, and it didn’t take long for fans to make fun of the Leafs former head coach Mike Babcock in the process.

When Babs was the bench boss in Toronto, he seemed to have something against the veteran forward, often keeping him out of the lineup. He didn’t complain when he was scratched on opening night in 2019 by Babcock after joining his hometown team on a league-minimum contract. When Babcock was fired in Toronto, Spezza had explained the struggles between he and the head coach, commenting on their relationship and his role to Babcock’s eyes.

“If you ask my wife how I felt about it, she gets the truth [chuckles]. If you ask my teammates, you try to make it seem as little as possible. That’s the reality of the situation, and that’s why I’m obligated to do that — because I want to be in a positive dressing room,” Spezza had explained then.

After his hat trick, fans were having fun roasting Babcock on social media, hoping he would be the commenting on Vintage Spezza’s hat trick and impressive performance.

You gotta love it. And we do wonder too what Babcock would have to say about his former player’s hat trick and how he kept him out of the lineup so many times when he was in charge in Toronto.

We also wonder how embarrassed head coach Sheldon Keefe feels to have put him through waivers two weeks ago. Come on, Vintage Spezza is back!

Tiger Woods involved in serious car accident; had to be extricated from the wreck with the ‘jaws of life’
Subscibe to
Our NEWSLETTER
Receive the best articles of the web directly in your email