NHL News : Mike Babcock breaks his silence, explains his version of the incident with Mitch Marner

​He offers his first interview since he lost his job in Toronto. 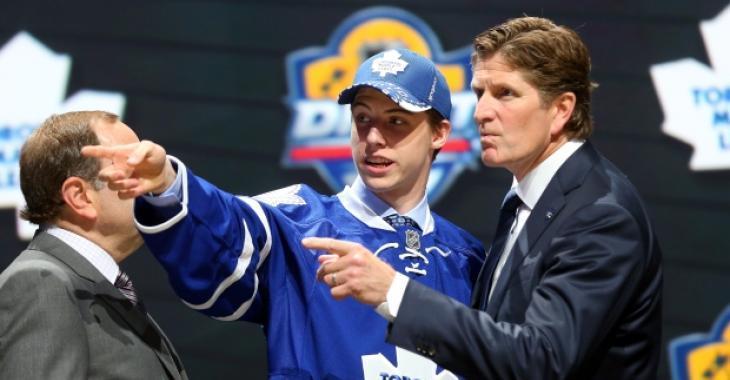 We finally get to hear from former Toronto Maple Leafs head coach Mike Babcock after a long silence. He broke it when he talked to insider Pierre LeBrun, who put together an amazing piece of journalism, covering what happened with Babs in Toronto and in Detroit.

LeBrun went right to the point and asked Babcock to clarify the incident that took place with forward Mitch Marner, that made headlines last season.  As you know, it was revealed that Babcock had a 19-year-old Mitch Marner to make a list of all the players on the team, singling out the players who he viewed had the worst work ethic. Since the incident was made public, many have denounced Babcock, condemning the former head coach for putting Marner through such an ordeal and even accused Babs of trying to put his players against one another. It was also then revealed that Babcock knew it was a mistake and apologized right away to Marner.

However, there are a few things Babcock went to clarify during his interview with LeBrun. While he admits he did ask Marner to rank his teammates in a private meeting, he made the mistake of letting the list on his desk during another meeting with a player and felt the need to share the information with Marner and his teammates. This is how it happened, according to Babs:

“I was working with Lou (Lamoriello) at that time, we made it very clear our No. 1 priority was to make sure these young guys, Mitch, Matty (Auston Matthews), were going to be the best pros they can be at 23, 24. And turn them into the hardest working, best players they can possibly be.
“So Mitch was in my office. We were talking about work ethic. I asked him where he ranked on the scale. And that was no problem, that was just a private thing. It was a good meeting, Mitch left. But then I was meeting, I’m pretty sure it was with (Tyler) Bozak, afterward. Bozy was an important part of our team. What I ended up doing — and I made a big-time mistake, I knew as soon as I did it — when we were talking about competing and I said, ‘Well look where Mitch ranks it.’
“Well, as soon as I did that, and he saw the list, I knew that I had made a major mistake. After the meeting with Bozak, I went right into the dressing room. I grabbed Mitch and said, ‘Mitch, this is what I did. I screwed you here.’’’Babcock said he offered right then and there to Marner to air out the coach’s mistake with the team. Marner declined. But for those who said Babcock went into the dressing room and posted Marner’s list up for all to see, that’s not true, Babcock said.
“Now, in saying that though, what I should have done in hindsight, I should have stopped everybody and said, ‘This is what I did to Mitch. I screwed him.’ Now, he didn’t want to make a big deal out of it. But I could have made a lesser deal of it,’’’ Babcock said.
“But (for) anyone to think Mitch Marner and Mike Babcock didn’t have a relationship, or Mitch didn’t play great for me or anything like that, that’s sadly mistaken.’’

Babcock went on to explain that when he confirmed the story to media members once it was out there, he didn’t know the version of it that was out there, but knows it was totally his fault and wished he could have taken it back as soon as it happened.

The former head coach is now focused on his new gig, as he was hired as in-studio analyst for NBC Sports. He will share analyst duties with former NHL players Anson Carter, Patrick Sharp, Ryan Callahan and Dominic Moore.