The 26 year old Leafs forward was on fire tonight. 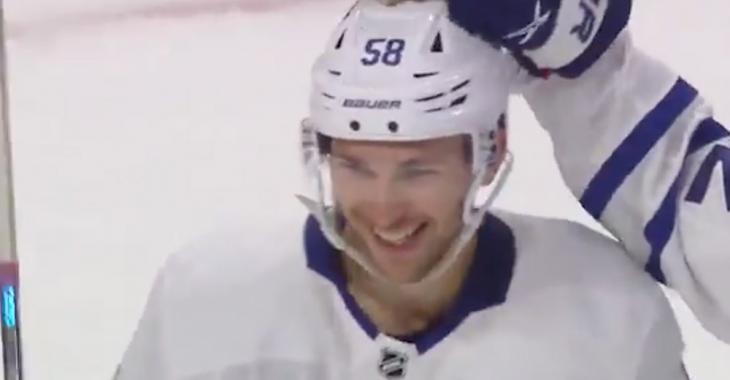 You could say that he's batting a thousand.

Toronto Maple Leafs forward Michael Bunting, who is currently in his first season with the team, recorded a hat trick in tonight's victory in pre-season play over the Ottawa Senators at Canadian Tire Centre in the Canadian capitol city.

The 26 year old forward got the scoring going by concerting on a centering pass from Josh Ho-Sang:

He'd add to Toronto's lead soon afterwards with his second goal, tipping in a shot from defenseman Rasmus Sandin:

However, he wasn't finished.

Goaltender Petr Mrazek, also a first-year Leaf, recorded 18 saves for the shutout. The Leafs improved to 2-1-0 in exhibition play, while the Senators dropped to 1-1-0.