This story just gets more and more sad. 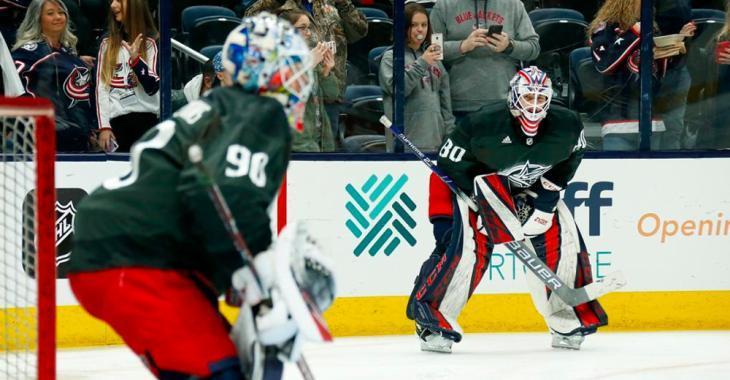 An autopsy revealed that Kivlenieks died from "fireworks mortar, chest trauma" in a celebration gone horrendously wrong. Initial reports were that Kivlenieks sustained a head injury from fleeing the fireworks, but coroner reports refute that saying that there was no sign of head trauma or external injuries.

“There wasn’t a lot of external damage," Novi Police Lt. Jason Meier reported. "He had massive internal damage, so we’re working under the theory that it was the concussive blast of the firework.”

“We are shocked and saddened by the loss of Matiss Kivlenieks, and we extend our deepest sympathies to his mother, Astrida, his family and friends during this devastating time,” Blue Jackets President of Hockey Operations John Davidson said in the statement. “Kivi was an outstanding young man who greeted every day and everyone with a smile, and the impact he had during his four years with our organization will not be forgotten.”

Police reports indicate Kivlenieks was at a large 4th of July celebration at the home of Blue Jackets goaltending coach and former NHL goaltender Manny Legace's home in Novi, Michigan. Police and emergency responders were alerted at 10:15pm and arrived within five minutes but were unable to save Kivlenieks' young life.

Kivlenieks and Blue Jackets goaltender and fellow Latvian Elvis Merzlikins were reportedly at the party together. Being so close in age and cultural background the two were great friends. Merzlikins shared a heartbreaking, but heartfelt message on Instagram.

First of all I would like to say huge thank you to all of you guys for the support and the messages❤️I’m sorry that I didn’t reply on all of them or at all! This day was really really hard for me and our family with Legace!

Thank you to my teammates for the support and all @bluejacketsnhl organization , Mikey and Lars ,for the help we really appreciate that. ❤️My little brother, what to say , I really loved you , you where the little brother for me that I took care of ,had call of duty nights with a lot of beers and chew , spending every single day and hour of the day was the best ,you where little brother for my wife and my little family coming up, the extra bonies and treats for koby! He will miss you we all will miss you brother!

Thank you for being such amazing person, always with the smile , and educate, always cleaning after yourself and helping me and my wife in the house ! Thank you! I did what I could I know you where always listening in any suggestions what I could give it to you, how proud I was about of you in New York when u did it in first time and not like me ?❤️

I really love you, I’ll miss you, we had our last basketball game in the pool and we enjoyed before you left me right after.We love you and fly high baby,fly high!
You saved your last puck! ❤️You will be our guardian angel

“‘Kivi’ was the nicest person and always had a smile on his face,” Blue Jackets forward Cam Atkinson said earlier today. “He never, ever complained and would do anything for anybody. It was easy to root for a guy like ‘Kivi’ and a privilege to be his teammate. He will be greatly and sorely missed, but never forgotten. My condolences to his mom, family and everyone who loved him.”

"The National Hockey League was saddened to learn of the sudden and tragic passing of goaltender Matiss Kivlenieks,” NHL commissioner Gary Bettman said in a prepared statement earlier today. “On behalf of the NHL family, we extend our deepest sympathies to his family, friends and teammates in both the Blue Jackets organization and his native country of Latvia. His love for life and passion for the game will be deeply missed by all those who have been fortunate to have him as a teammate and a friend.”

Matthews and Andersen set to return to Leafs' lineup tonight