4 pieces on the move in this deal. 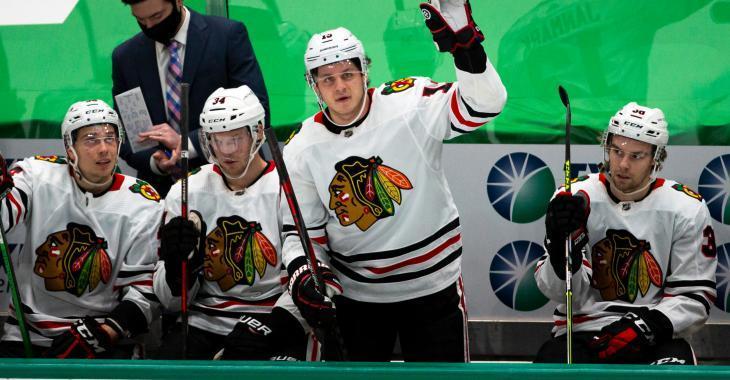 The Chicago Blackhawks and the Las Vegas Golden Knights have hooked up on a trade that will see 4 pieces changing hands.

According to a report from National Hockey League insider Darren Dreger, the Las Vegas Golden Knights have acquired veteran center Mattias Janmark in a trade with the Chicago Blackhawks. The Blackhawks have netted themselves a pretty nice return here, let's take a look out how the whole thing breaks down.

Receive 5th round pick at the 2022 NHL entry draft.

Receive 2nd round pick at the 2021 NHL entry draft.

The Golden Knights paid a big price here but obviously they believe that Janmark can come in and give them an extra boost as they head into the playoffs. Janmark has been a solid centerman for the Blackhawks this season, recording 10 goals and 9 assists for a combined 19 points over his 41 games in the regular season. He also has 8 penalty minutes to his name a boast a plus minus rating of -17 on the season thus far.

Report: Flyers and Capitals game to be postponed
Subscibe to
Our NEWSLETTER
Receive the best articles of the web directly in your email