A shocking and disturbing incident from last night's game. 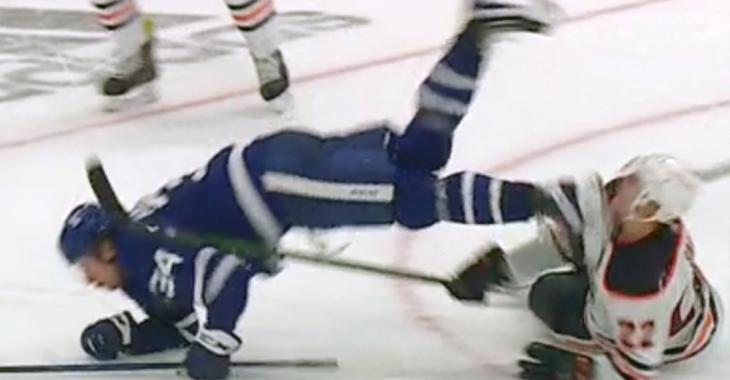 Late in the third period of tonight's contest between the Toronto Maple Leafs and Edmonton Oilers and we very narrowly avoided what could have been one of the most catastrophic injuries in NHL history.

Oilers defenseman Tyson Barrie, formerly of the Leafs, attempted to make a diving defensive play and ended up taking out Leafs forward Auston Matthews in the process. Matthews got a shot off and managed to jump over Barrie, but while crashing to the ice himself one of his skates came up and struck Barrie in the face.

Incredibly, Barrie was not cut on the play and actually managed to get up and get off the ice on his own power.

What an incredibly lucky break for Barrie and, frankly, for Matthews. It's no secret that these two are good friends off the ice and I can't imagine what it would feel like to do something like that to anyone let alone a close personal friend. Close call.