NHL News : Matthews hits Chiarot then laughs out loud as Chiarot tries to get under his skin

Something tells me this is going to be a great series! 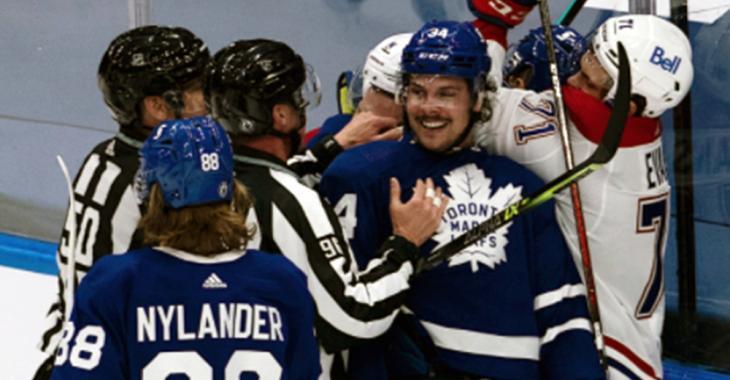 The two teams have exchanged big hits, big goals, big saves, even big fights. About those big hits... Leafs superstar Auston Matthews seems to have no problem throwing his weight around this evening, even if it means that he'll draw the ire of the Habs defence corps.

Check out this sequence of events in which Matthews lays a hit on Habs blueliner Ben Chiarot. Chiarot takes exception to the hit and decides to give Matthews a bit of a rough up. Once the whistle is blown on the play, Chiarot takes it as a green light to get under Matthews' skin. A smart play by a veteran defenceman, you might think... except it doesn't work on Matthews tonight. The Leafs' forward just laughs it off, all while knowing that he's the one actually getting under his opponent's skin.

Yeah... something tells me that this is going to be a fun series.