The Flames’ forward sets the stage for this weekend’s games vs. Toronto 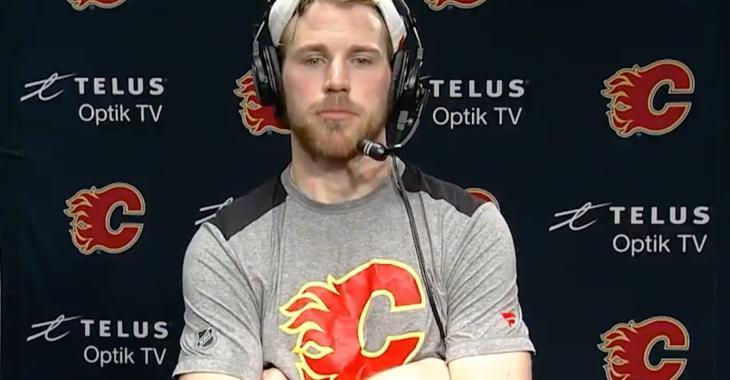 Things got ugly on Wednesday night as the Calgary Flames struggled mightily against the Edmonton Oilers and lost 7-3 in the end.

After the blowout loss, forward Matthew Tkachuk met with reporters and appeared to be taunting the Toronto Maple Leafs, the Flames’ next opponent as the two teams face one another on Friday and Saturday nights.

Tkachuk said this to the Leafs: “I guarantee you Toronto is watching us tonight, probably licking their chops the way we played. Those skill guys over there, they’re wanting a game like that on Friday and Saturday.”

Sure, we can understand that the forward looks to bounce back on Friday in the first of two games against the Maple Leafs. However, we’re not sure the Flames need to play as poorly to lose against the Leafs : Toronto is first in the all-Canadian North division.

The Flames will need to be at the top of their game to get all four points this weekend, and Tkachuk can’t be serious if he thinks that being as bad as the Flames were last night is the only way they will lose to the Leafs.

Get your head straight, Tkachuk!

Asterisk next to the name of the 2020-21 season’s champions on Stanley Cup?!
Subscibe to
Our NEWSLETTER
Receive the best articles of the web directly in your email