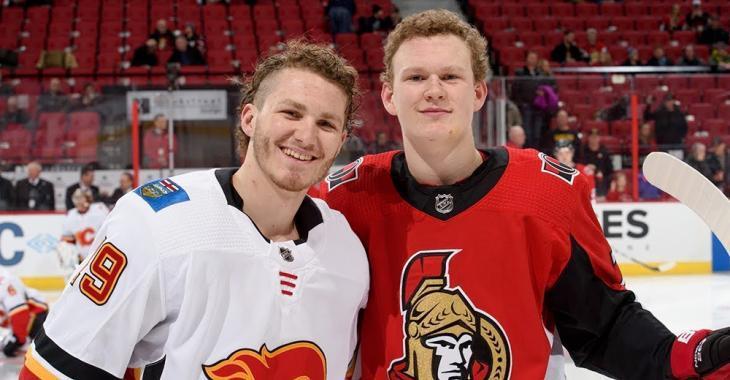 Don't look now but the Tkachuk brothers are about to go to war...

Matthew Tkachuk of the Calgary Flames and Brady Tkachuk of the Ottawa Senators go head to head tonight in the first of a four game series between the two Canadian clubs, but don't expect any fireworks between the brothers warns Matthew. Sure, things might get testy between the Flames and the Sens, but the elder Tkachuk brother thinks you're an idiot if you think he's going to fight his younger brother.

Man... that's a damn shame. Honestly though, I might take Brady in that tilt if the brothers do elect to drop the gloves.

Anyone remember when Keith and Wayne Primeau fought each other way back in the day?

Come on, Tkachuk boys! Give us another brother fight in the NHL!

Zack Kassian smashes his head on the ice during fight

Report: Full capacity coming for some Canadian teams in 2021-22
Subscibe to
Our NEWSLETTER
Receive the best articles of the web directly in your email