NHL News : Matthew Tkachuk is pissed and whines about his summer

Let’s hope he uses that frustration to boost his production this season! 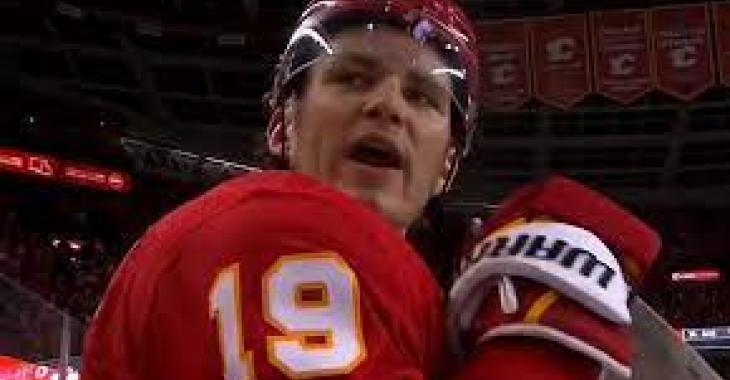 Calgary Flames forward Matthew Tkachuk did not spend a fun summer and he blames the Montreal Canadiens. As he spoke to Jeff Marek and Elliotte Friedman on the 32 Thoughts podcast on Sportsnet, Tkachuk talked about the expectations for the upcoming campaign and how he is hoping the Flames will be a top contender.

The conversation shifted to what happened in 2021 and how the Flames were only three points down of the Canadiens, who surprised everyone and made it all the way to the Stanley Cup final. Though the Tampa Bay Lightning repeated as champions, Tkachuk hated watching the Habs in a spot the Flames could have found themselves.

“We finished the season three points behind Montreal, that’s what pissed me off the most and what made me the most upset…The end of the day the team that beat us out by three points is playing in the SCF, I definitely didn’t have the greatest summer watching them”.

This however prompted Tkachuk to realize the Flames need to fix their problems now so they can be top contenders.

“It’s been very average there the past however many years, I mean that’s no secret. I’ve said it this summer, it really is time, I mean we don’t have forever to change this”.

Tkachuk had a late flurry of success to finish with 16 goals and 43 points in 56 games. This is coming from a guy who once was a 34-goal scorer.

Let’s hope for the Flames and their fanbase that Tkachuk will fuel off his frustration to rack up some points this season!

Tyler Bertuzzi will forfeit $450,000 by choosing to not get vaccinated

The NHL's 7 non-playoff teams may get the short end of the stick again.
Subscibe to
Our NEWSLETTER
Receive the best articles of the web directly in your email