The former Blue Jackets forward talked about what it was like playing for the firebrand head coach. 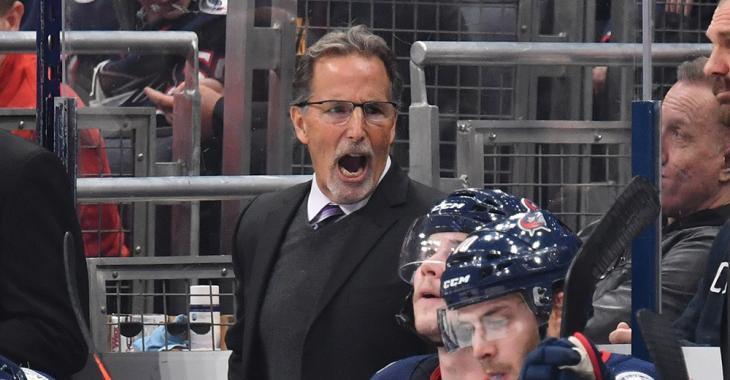 Former Colorado Avalanche forward Matt Calvert unfortunately announced his retirement from the NHL due to a career-ending injury earlier this year, closing out a career that saw him skate in 566 career games with the Avalanche and Columbus Blue Jackets, by whom he was drafted with the 127th overall selection in 2008.

And prior to his arrival in the Mile High City, one of the coaches that Calvert plied his trade under was none other than the hard-nosed John Tortorella.

Calvert joined Andrew "Hustler" Paterson on Winnipeg Sports Talk this week to talk about his career, and naturally, Paterson had to ask Calvery what it was like playing under the firebrand bench boss.

"Torts was good," Calvert replied with a smile. "Torts is a roller coaster. It's funny, when he was my coach in Columbus, I've come back this summer and I swear to God, everyone I saw didn't ask me how my year was, but asked 'How Was Torts'? Everyone sees him on TV and wants to know the back stories, and there's some funny stories you gather when you play for him for a few years."

"But the one thing about him, the one goal he has every day is winning. Now obviously thats' everyone, but he really wants to win. The saying in the room before you go out - I guess I can't swear on this - but it's 'Don't f**k it up'. He puts that pressure on you - I love it. You go to training camp, the hardest training camps I've ever been a part of.....training camp is hell, but by Game 1, your team is ready to play. The longer you play for him, the more you respect him."

Calvert then went into a smile-inducing story about Tortorella that he remembers taking place during the 2018 Stanley Cup Playoffs, during which the latter berated his team in the dressing room for their performance and called them out due to Calvert, known primarily as a defensive forward, being the best player on the ice during the game.

"That's the stuff with Torts. Sometimes I don't think he has a filter, and stuff like that might rub you the wrong way, but he says a lot of funny stuff."

Robin Lehner suggests best solution for Eichel saga in Buffalo!
Subscibe to
Our NEWSLETTER
Receive the best articles of the web directly in your email