The embattled defenceman is apparently done with the Leafs. 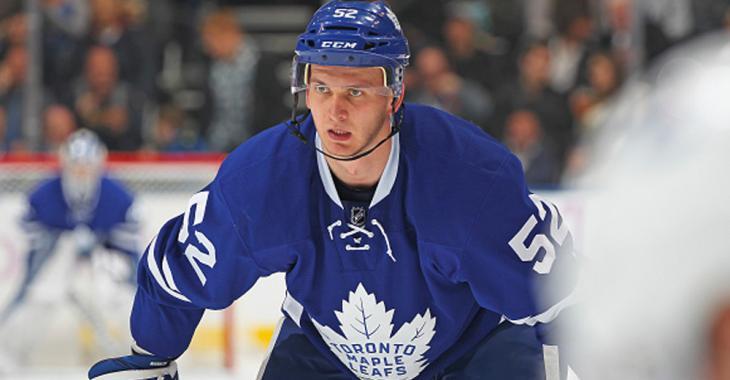 According to a report from Toronto Sun reporter Lance Hornby, veteran Toronto Maple Leafs defenceman Martin Marincin is set to leave the team as a free agent and will sign with Ocelari Trinec of the Czech Extraliga.

The 29 year old blueliner didn't suit up at all for the Leafs this season, but played 14 games with the AHL Toronto marlies, scoring just one goal and five points. He managed 26 games with the Leafs last season, scoring one goal and four points. It appears with him signing in the Czech Republic though that his NHL days are over. If that's indeed the case, he'll finish his NHL career with five goals and 34 points in 227 career games split between the Leafs and the Edmonton Oilers.

Really though, Marincin was never in the Leafs' long-term plans and it was expected that he'd move on from the team this offseason. After all, the Leafs have Jake Muzzin, Morgan Rielly, JT Brodie, Justin Holl, and Rasmus Sandin all likely coming back next season. Then there's pending restricted free agent Travis Dermott and pending unrestricted free agents Zach Bogosian and Ben Hutton to consider. And that's saying nothing for rookie Timothy Liljegren, either. All of this is to say that Marincin wasn't likely to land a full-time or even part-time spot with the Leafs in 2021-22 and likely say the writing on the wall.

Still, it's kind of hard to believe that he wouldn't pick up an offer from another NHL team in free agency. Then again, chances are he's being well compensated in the Czech Republic and it is his home country, so I'll never fault a guy for going back home to play especially when there's a pay day waiting for him.

Report: NHL to shut down the Canucks
Subscibe to
Our NEWSLETTER
Receive the best articles of the web directly in your email